For the first time, scientists have successfully teleported information between two separate atoms in unconnected enclosures a meter apart – a significant milestone in the global quest for practical quantum information processing.

Teleportation may be nature’s most mysterious form of transport: Quantum information, such as the spin of a particle or the polarization of a photon, is transferred from one place to another, but without traveling through any physical medium. It has previously been achieved between photons over very large distances, between photons and ensembles of atoms, and between two nearby atoms through the intermediary action of a third. None of those, however, provides a feasible means of holding and managing quantum information over long distances.

Editors and science writers at the American Institute of Physics and the American Physical Society selected a list of Top Ten Physics Stories in 2008. The selections were released on December 22, 2008 and included four discoveries in which UMD Physicists had major roles (Large Hadron Collider, Quarks , Ultracold Molecules and Cosmic Rays). 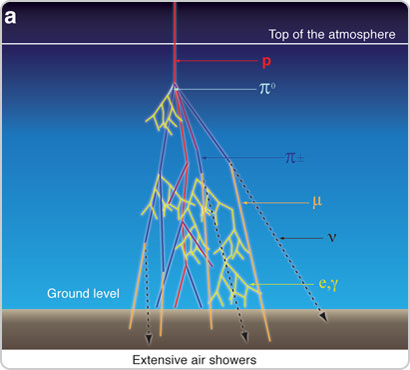 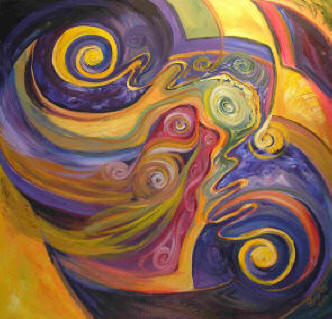 Collaborators on the BaBar experiment, at the U.S. Department of Energy (DOE)supported Stanford Linear Accelerator Center (SLAC), have detected and measured the lowest energy bound state of the "bottomonium" family: ηb. This is the first observation of the ground state of a b and anti-b quark pair.

The significance of this observation has to do with the fact that in the absence of spin-spin interactions the ηb would be degenerate with the lowest s-wave state with the quark spins aligned: the b/anti-b bound state called the "upsilon 1S", denoted Y(1S). The spin-spin interaction generates a very small hyperfine splitting between the Y(1S) and the ηb. For this data, the PEP-II center-of-mass energy was tuned to the 3rd radially excited state Y(3S) resonance, and the analysis consisted of looking for the photon transistions from the Y(3S) to the ηb, a magnetic dipole transition, and thus just as in atomic physics, highly suppressed. (In fact, our very own Joe Sucher wrote a wonderful article on M1 transitions in atomic and particle physics in 1978 right after the charmonium J/ψ was discovered, Rep. Prog. Phys. 41 1781-1838, 1978, available here).

Given the suppressed transition, this state has been anticipated but has gone unobserved for quite a long time. Failure to observe it has led many particle physicists to speculate that it may be interfering with a light CP-odd Higgs state, which masks its signature. The ηb observation at BaBar provides a key element of our understanding of the physics of the b/anti-b system, and allows probing the role of spin in the strong interactions. Lattice QCD predictions for these hyperfine splittings will now be able to be tested and calibrated. This is only the first step – to be able to dig so deep in the role of spin in quark anti-quark interactions. The BaBar group expects to be able to map out a number of states and transitions that are all sensitive to hyperfine splitting effects. This will open up an entirely new area in the field of precision physics of the strong interaction, since the higher mass of the b quarks (relative to the up, down, charm, and strange quarks) allows strong interaction calculations that are more reliable than in the lighter quark sectors, and testing the lattice QCD calculations in these systems.

"This is a tremendous achievement for both the PEP-II accelerator and the BaBar Collaboration", said SLAC Director Persis Drell. SLAC is the home of the PEP-II accelerator complex, which consists of two independent storage rings bringing a 9-GeV electron beam in collision with a 3.1-GeV positron beam at the center of the BaBar detector. The asymmetric energies result in a collision center-of-mass that is moving in the laboratory frame of BaBar, and this motion is crucial for study of CP violation in bottom meson decays.

The BaBar collaboration consists of 459 physicists and 74 institutions in 10 countries, is supported by the Department of Energy as well as by international funding, and is led by UMD Professor Hassan Jawahery, their current "Spokesperson" since 2006. Professor Jawahery has been involved with BaBar since it's inception in 1993, and served as physics coordinator in 2001-2002 during initial running that began in 2000 and subsequent measurements of CP violation in the bottom-quark sector. "This very significant observation was made possible by the tremendous luminosity of the PEP-II accelerator and the great precision of the BaBar detector, which was extremely well calibrated over the BaBar experiment's 8-plus years of operation", said Professor Jawahery. "These results were highly sought after for over 30 years and will have an important impact on our understanding of the strong interactions. It's amazing, we are doing atomic physics at 10 GeV, and that's the beauty of this."