The National Science Foundation (NSF) announced a $5 million, two-year award to a University of Maryland-led multi-institutional team to develop quantum interconnects—crucial technology to connect quantum computers and pave the way for a quantum internet.

The team, QuaNeCQT (Quantum Networks to Connect Quantum Technology), has been developing the quantum versions of a modem and a router—familiar equipment in the world of standard, or “classical” computing, but a challenge to build for use with devices that operate based on the principles of quantum.

Quantum networks are at an inflection point with the potential for significant expansion, said Edo Waks, a professor of electrical and computer engineering and of physics and the associate director of UMD’s Quantum Technology Center (QTC). But the scale-up can’t happen without standardized modular hardware between the new computers that are emerging and the vast infrastructure of the current internet.

“The hardware we are developing will address the critical gap, opening up the door to the future quantum internet that can connect quantum computers over continental distances,” said Waks.

During the first phase of research, the team developed working prototypes of the quantum router and modem. Using a process called quantum frequency conversion, the modem converts signals from a quantum computer to infrared photons that can propagate through optical fibers over long distances. The router is powered by a silicon photonic chip that manipulates quantum signals in the network using quantum teleportation—an effect demonstrated in 2009 by researchers at UMD’s Joint Quantum Institute that allows quantum states to be transferred between particles that are physically separate. The team has deployed these prototypes in the MARQI network and established direct links with the various nodes of the network.

A quantum network could revolutionize numerous industries that take advantage of quantum computing including computing, banking, medicine and data analytics It would also enable connection of many multiple small quantum computers into powerful distributed quantum computers that could potentially solve problems with significant societal impact, from curing diseases to new approaches to fighting climate change.

As quantum technology converges with the Internet, a new technology sector would emerge, the researchers say, bringing with it the potential for major economic growth by producing rapid technological innovation and creating a large number of new jobs for the future “quantum workforce,” just as the emergence of the Internet did toward the late 20th century.

In addition, The National Science Foundation has announced a five-year, $25 million grant to fund a multi-institutional center including the University of Maryland that will conduct research to bring atomic-level precision to the devices and technologies that underpin much of modern life.

The Center for Integration of Modern Optoelectronic Materials on Demand (IMOD) is a collaboration of scientists and engineers at 11 universities led by the University of Washington. UMD faculty involved with IMOD include three professors of electrical and computer engineering and physics: Waks, Ronald Walsworth, founding director of the QTC; and Mohammad Hafezi, a fellow of QTC.

IMOD research will center on new semiconductor materials and scalable manufacturing processes for new devices based on optoelectronics, the study and application of electronic devices that produce, detect and control light. Applications would range from displays and sensors to a technological revolution, under development today, that’s based on harnessing the principles of quantum mechanics.

“Our work will develop new classes of colloidal materials that can generate quantum light with unprecedented efficiency, and enable strong photon-photon interactions,” said Waks, who serves as UMD’s lead investigator. “These are the key building blocks for photonics-based quantum information processing.”

The goal of the center is to realize high-impact platforms for quantum networking and sensing, Walsworth said.

“As a key part of IMOD, QTC researchers will lead efforts to establish a new class of quantum materials that combine pristine optical properties and long qubit coherence times,” he said.

External partners include Amazon, Corning, Microsoft and Nanosys, as well as government organizations like the National Renewable Energy Laboratory and the Pacific Northwest National Laboratory.

Adapted from stories by Kara Stamets:

Alessandra Buonanno has been awarded the Balzan Prize, along with Thibault Damou of the Institut des Hautes Études Scientifiques in France, for pioneering work in gravitational waves. They will share the 750,000 Swiss franc award. 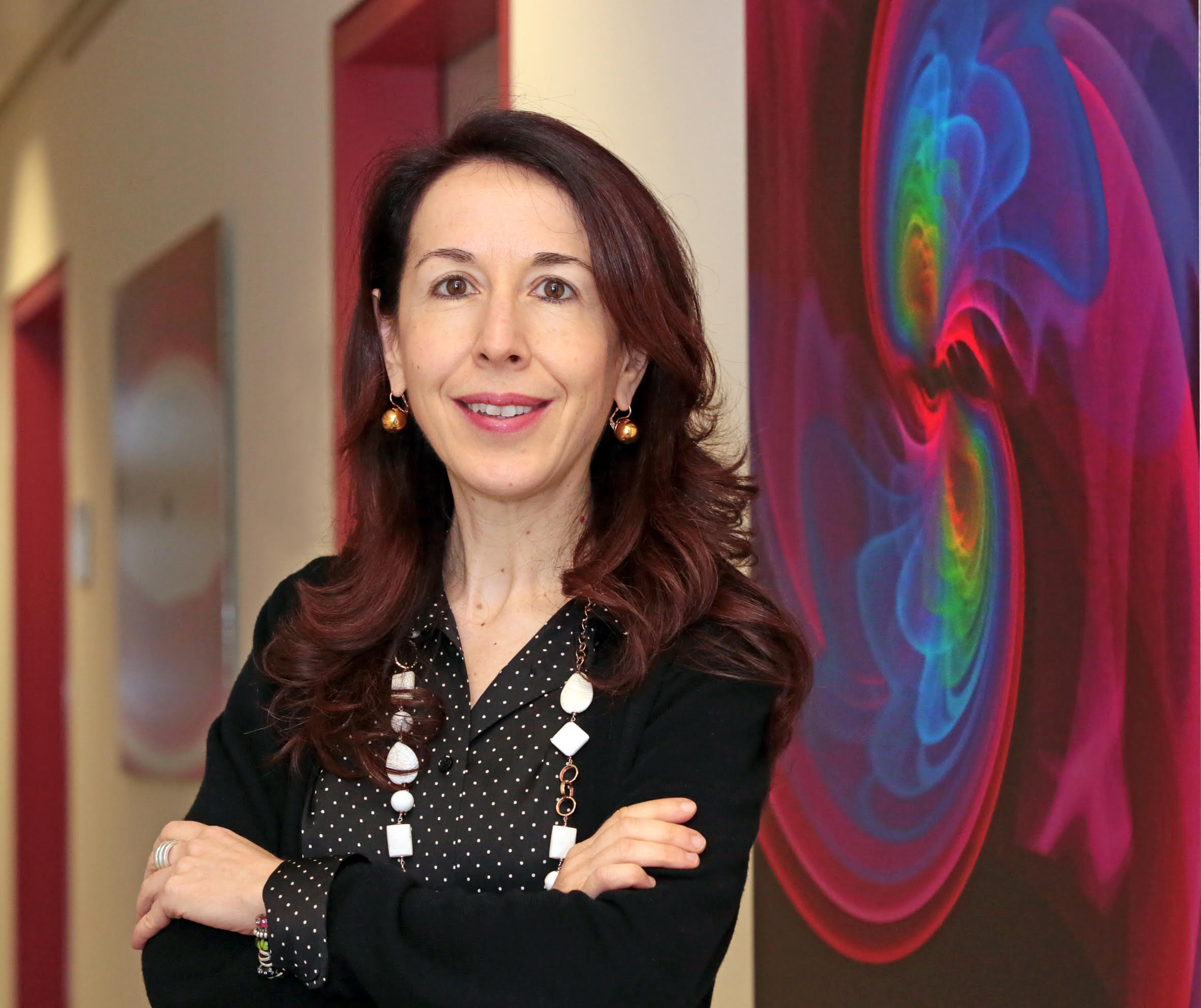 Alessandra Buonanno © A. Klaer Buonanno was also recently elected to the German National Academy of Sciences Leopoldina, which originated in 1652 as a classical scholarly society, and she received the Dirac Medal, along with Damour, Frans Pretorius, and Saul Teukolsky. 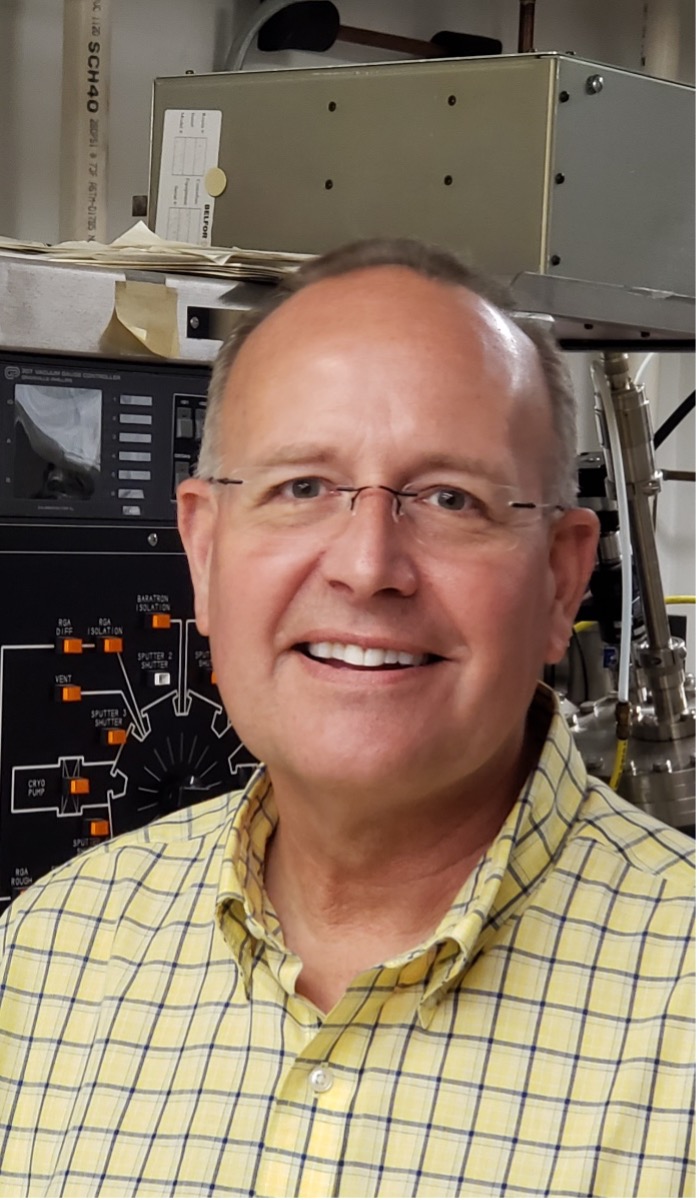 Doug BensenWhen responding to an interview request for this story, Douglas Bensen (B.S. ’85, industrial education), who has worked at the University of Maryland for 35 years, warned that he might be a boring subject. His title on the Department of Physics website is the generic “coordinator” after all.

But when speaking to those who have benefited directly from Bensen’s expertise, it becomes apparent that “coordinator” in this case stands for “The Person that Makes Things Work.”

“If something breaks, I text Doug, and I know the problem is going to be gone,” said Sam Deitemyer, a physics graduate student at UMD who works in the Quantum Materials Center (QMC).

Deitemyer’s experience is typical for graduate students working in QMC labs. Through the years, whenever something has gone wrong, something needed maintenance or a new piece of equipment needed to be installed, Bensen has been there making things work and sharing his knowledge along the way.

“It's really great when Doug's there fixing something,” Deitemyer said. “I mean, it's always bad when things break, but it's a good learning opportunity for me. I've gotten to learn how to do a lot of stuff myself, because Doug’s not just good at fixing stuff, he's good at teaching people while he's doing it.”

It’s Bensen’s brand of boring—being quietly consistent and under-the-radar indispensable—that earned him the Dean’s Outstanding Employee Award from UMD’s College of Computer, Mathematical, and Natural Sciences in spring 2021. The students Bensen helped were looking for a way to give back, and the idea of nominating Bensen for the Dean’s award caught on, thanks to Deitmeyer.

“I don't know the total number of nominations,” Deitmeyer said, “but I know he helped me and helps everyone that I know in this building.”

Bensen cultivated his penchant for fixing things from an early age. When he was nine years old, soon after his family moved to Maryland, he started taking apart and rebuilding lawn mowers and go-karts.

“I learned a lot of things on my own—how to weld, how to restore and paint cars, and all the mechanics that go with bringing them back to life,” Bensen said. “Really, you learn how to do things if you want to play. And my dad was very supportive, making sure I was always having fun. His attitude was, ‘Here are some tools, don't kill yourself.’”

When Bensen started college at UMD in 1982, he was planning to become an Earth science teacher. But, like many college students, Bensen struggled during his first semester. Looking for classes that were more in his wheelhouse, he stumbled into an industrial education program and found his stride.

“We had welding, we had foundry, we had machine shop, we had plastics technology, we had metallurgy. We had a lot of classes that were very hands on,” Bensen said. “For somebody like me who's been building go-karts and different cars since I was a little guy, it felt like, ‘How can this be school?’”

After graduation, Bensen took a job with the UMD High Energy Physics group.

“One of the guys I studied with had a part-time job working for High Energy Physics on campus,” Bensen said. “He said to me, ‘If you’re looking for something to do, a job until you find a real job, we could use you for maybe a year, year-and-a-half.’”

Thirty-five years later, Bensen said he’s still waiting on that real job, but he has no regrets.

“UMD is like a small little community,” he said. “The environment here is incredibly comfortable. You have something here that you don't have in a lot of jobs, which is freedom. If you’re not happy, you can do other things or explore other things.”

After a year with the High Energy Physics group, Bensen moved to plasma physics, working in the machine shop and supporting the free-electron laser group and gyroklystron (a version of a klystron microwave amplification device) group in what is now the Institute for Research in Electronics and Applied Physics (IREAP). In 1991, he moved to the Center for Superconductivity Research, and has remained there, watching it transform into the Center for Nanophysics and Advanced Materials and now the QMC.

In describing his office, Bensen said it’s perpetually in a state best described by the phrase “There appears to have been a struggle.” It’s littered with tools and old parts for equipment in and out of use. Some of those parts can’t be replaced because they haven’t been manufactured in over a decade. Bensen revels in making equipment run long past its intended lifespan, even collecting dilution refrigerators that other institutions decide are too old to maintain. He said that tidying up the office would force him to get rid of things that may still be of use, and, in any case, it’s an organized kind of chaos.

“I had a professor come in to look for a vacuum flange,” Bensen recalled, “and I just kind of reach down and ask, ‘How many do you need?’ And he says, ‘How did you know where they were?’ And it’s because that’s where they were 10 years ago. Why would they move?”

Even more than making things work and reviving old equipment, Bensen derives joy from watching students learn and grow. In a sense, his original wish to become a teacher has come true. Whenever a graduate student asks for help with an issue, Bensen approaches it as a chance to figure something out together, teaching the students not only the ins and outs of the apparatus, but also how to diagnose the problem and figure things out for themselves.

“I’m kind of boring,” Bensen repeated. “I just really like working with the students. Working with them and helping them and seeing them get it. When their stuff works again and they can start collecting data, my life is good.”

Even after graduating and leaving QMC, many students still reach out to Bensen for help.

Deitemyer and some of the other students who nominated Bensen for the Dean’s Outstanding Employee Award have made him promise he won’t retire until they graduate. So at least for the next few years, QMC can continue to count on Bensen’s boringly consistent behind-the-scenes excellence.