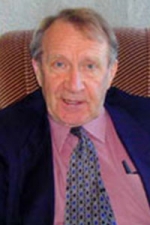 Roald Sagdeev is Distinguished University Professor Emeritus. He earned his Ph.D. in 1966 from Moscow State University. He previously served for 15 years as director of the Space Research Institute, the Moscow-based center of the Russian space exploration program, where he currently holds the title of director emeritus. Prior to his work with the Soviet space exploration program, he had a distinguished career in nuclear science with international recognition for his work on the behavior of hot plasma and controlled thermonuclear fusion. He is a member of the National Academy of Sciences, the Royal Swedish Academy, the Max Planck Society and the International Academy of Aeronautics.