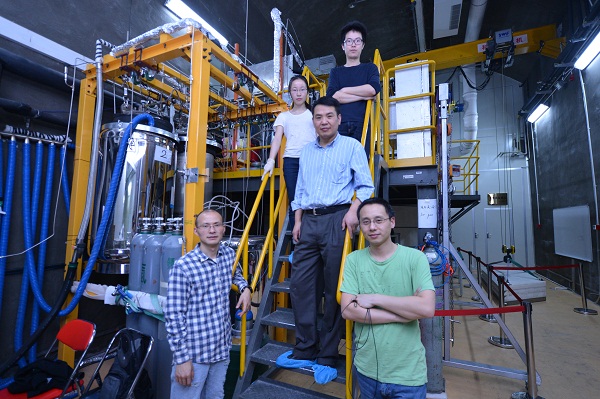 Jefferson Science Associates, JSA, announced the selection of Xiangdong Ji and Anatoly Radyushkin, Old Dominion University, as joint recipients of the 2015 Outstanding Nuclear Physicist Award for their seminal roles in the development of Generalized Parton Distributions and the identification of associated experimental observables via Deeply Virtual Compton Scattering.

Professor Ji, who also serves as Director of the Institute of Nuclear and Particle Physics at Shanghai Jiao Tong University, leads the PandaX experiment. He held post doctoral positions at CalTech and MIT and was on the MIT faculty before joining UMD in 1996. He is a fellow of the American Physical Society. Ji's previous awards include: 2014 Alexander von Humboldt Foundation Research Award; 2010 National 1000-Talent Expert, China; and, 2003 recipient of the Outstanding Overseas Young Chinese Scientist award from the National Science Foundation of China.

The Outstanding Nuclear Physicist award, which recognizes an individual who has made outstanding and sustained contributions in experimental and/or theoretical research related to the nuclear physics program at Jefferson Lab. It will be presented in June during a ceremony at the Thomas Jefferson National Accelerator Facility in Newport News, VA.