Noted physics educator John W. Layman, who held a joint appointment in Physics and the Department of Education until his retirement in 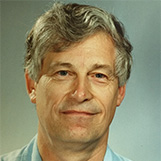 Prof. Layman, an Illinois native, received an undergraduate degree from Park College in Missouri in 1955 and then taught science in Kansas City public schools. In 1961, he moved to Philadelphia to earn a master’s degree in education from Temple University. He resumed his high school teaching career in Missouri until entering Oklahoma State University, where he received his doctorate in education in 1970 and quickly accepted his appointment at UMD.

Prof. Layman used his background in education to raise the consciousness of UMD Physics faculty in the issues of teaching and learning. He introduced (and ran) training for teaching assistants and developed new lecture demonstration materials. He developed and taught a course for prospective elementary school teachers using laboratory-based and inquiry-based methods to study some of the basic ideas of the physical sciences. His impact on the educational outlook of the physics faculty was perhaps as profound as his impact on his own students.

Prof. Layman was known for his enthusiasm in the classroom, infusing classes such as the Physics of Light with highly-entertaining demonstrations and descriptions of rainbows, prisms and holograms. Along with colleagues in the UMD Physics Education Research Group, he was an early adapter and researcher of the role of computers in the realm of science teaching.

In 1982, he served as President of the American Association of Physics Teachers; a few years later, he was instrumental in persuading the organization to relocate to College Park from Stony Brook, NY. This move eventually prompted the centralization of physics societies here. He was pivotal in founding the Physics Teacher Education Coalition (PhysTEC), an AAPT-American Physical Society (APS) partnership, and in developing the Powerful Ideas in Physical Science curriculum to train elementary school teachers. In 1998, the AAPT recognized his numerous contributions with the Melba Newell Phillips Award.

In the 2015 AAPT summer conference hosted at UMD, the group honored Prof. Layman with a plaque recognizing "his many years of dedication and service to AAPT as Secretary, President, Archivist, and numerous other roles."

Dr. Layman was a Fellow of the American Association for the Advancement of Science and the APS, which cited him in 2003 “…for his contributions to physics education and for his national leadership in the training of physics teachers.” He was named a Distinguished Alumnus by his undergraduate alma mater in 2005.