Eliot Fenton Recognized as a Maryland ‘Undergraduate Researcher of the Year’

Eliot Fenton, UMD physics major, was among those recognized as a 2018 Maryland ‘Undergraduate Researcher of the Year.’ This award is eligible for exemplary seniors who have been nominated by their faculty advisors.  Fenton earned this award for his wide-ranging experimental physics research accomplishments.

From 2015-2017 Fenton worked on optical nanofibers with JQI Fellow and UMD Physics Professor Luis Orozco. Recently, Fenton along with fellow undergraduate researcher Adnan Khan (now a graduate student at University of Washington), together with colleagues, published a study of how light interacts with an optical nanofiber’s mechanical movements. Last year, Fenton co-authored a paper that detailed precise measurements of an optical nanofiber. 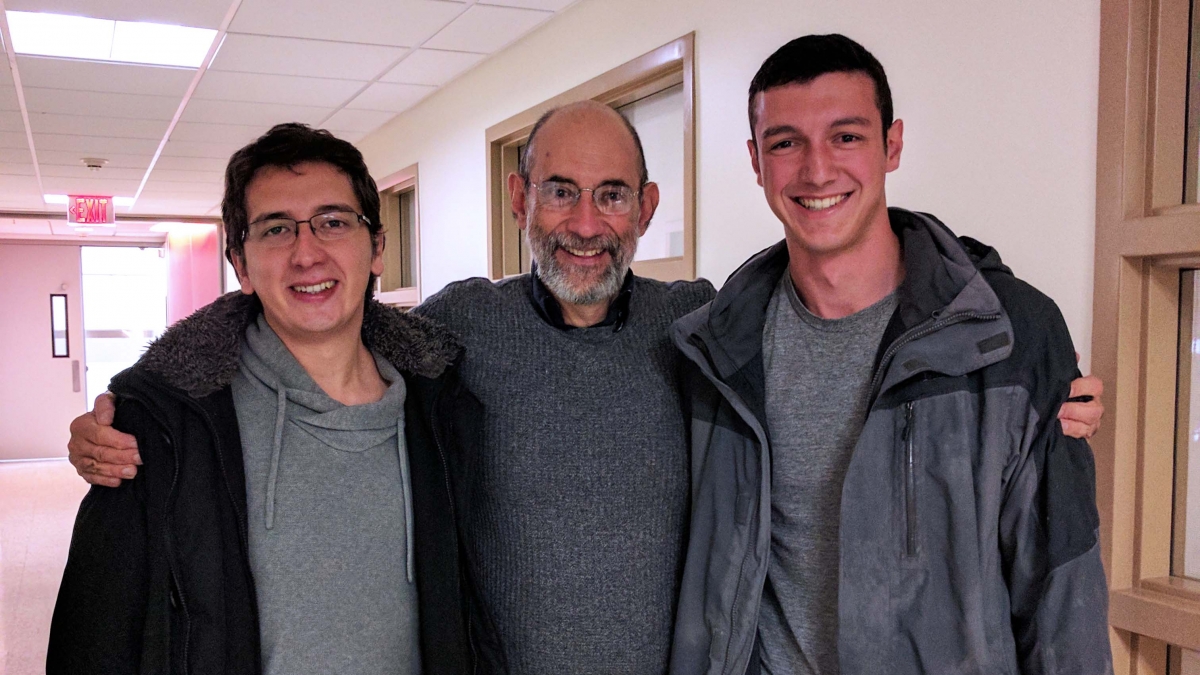 In 2017 he began doing research with JQI Fellow and NIST scientist Ian Spielman and his team. In this group, Fenton has been working on the construction of a new ultracold atomic physics experiment in the Physical Sciences Complex.

In addition to UMD research activities, Fenton completed summer research internships at both the Niels Bohr Institute in Denmark and CERN.

Fenton, who will graduate in May 2018, is planning to attend graduate school at Harvard University, where he will study ultracold molecules with Assistant Professor of Chemistry and Chemical Biology Kang-Kuen Ni.