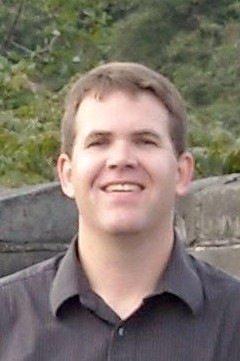 Blaufuss has served as scientific analysis coordinator of IceCube, an NSF-sponsored scientific instrument in Antarctica in which 5,160 photoreceptors are embedded in a cubic kilometer of crystal-clear ice more than one kilometer below the surface. About 300 times a day, a neutrino speeding through this billion-ton chunk will hit an atom, and the collision will generate a flash of light, from which the neutrino’s direction and energy can be determined. That information reveals the neutrino’s origin and energy.  When IceCube scientists in 2013 determined that about one in every ten thousand of those neutrinos (about a dozen a year) came from distant space outside our galaxy, the new field of neutrino astronomy  was launched. Physics World named this its “Breakthrough of the Year”.

Blaufuss was instrumental in bringing a “multi-messenger” approach to these observations. When IceCube detects an energetic neutrino from distant space, an alert is issued to the world’s radio, optical and gamma-ray telescopes, pointing them in a particular direction toward the particle’s origin.   These alerts have been in operation since April 2016, with more than a dozen issued to date.  On Sept. 22, 2017, one was broadcast by IceCube. Blaufuss’ system rapidly signaled other observatories to aim toward the direction whence the neutrino came.  This event has triggered extensive follow-up by telescopes world-wide, including the identification of a known source from NASA’s Fermi-LAT telescope’s catalog consistent with the neutrino direction. The likely source of the cosmisc neutrinos is a blazar billions of light years away.

Blaufuss earned his PhD in Physics from Louisiana State University in 2000, and joined UMD that same year. Early in his career, he worked on the Super-Kamiokande Experiment in Japan, for which Takaaki Kajita shared the 2015 Nobel Prize in Physics. The Super-K collaboration’s experimental data, described in a 1998 paper “Evidence for Oscillation of Atmospheric Neutrinos”, demonstrated that neutrinos change identities. This metamorphosis requires that neutrinos have mass, and changed our understanding of the innermost workings of matter. Shortly after the Nobel, the 2016 Breakthrough Prize in Fundamental Physics was awarded to five collaborations studying neutrino oscillations, including Super-K.