Glick was the only child of immigrants who met and married in Brooklyn and operated a small clothing store. His early interest and acuity in math and science led to acceptance into New York’s renowned and specialized Stuyvesant High School.

After graduation, Glick moved to Israel to work at Kibbutz Gal On at a time of scarcity in the new nation. Undernourished and in receipt of a U.S. Army draft notice, he returned home and was sent to the 82nd Airborne Division at Fort Bragg, North Carolina, where he worked on radio communications during the Korean War. Near the end of his service, he was charged in a McCarthy-era military court with being a communist. Eventually, it was revealed that the accusation stemmed from his father’s attendance at a lecture by the writer Howard Fast.  Once Glick was cleared and honorably discharged, he earned his bachelor’s degree in physics from Brooklyn College and entered the UMD physics graduate program under the tutelage of Richard A. Ferrell, studying how electrons in metals respond when heated or subjected to electric fields.

Glick received his doctorate in 1961 and accepted a postdoctoral position in nuclear physics at the Weizmann Institute of Science in Israel. There he did his most recognized work, on many-particle phenomena, including a paper with well over 1,000 citations. He was then invited to join the UMD physics faculty by then-chair John Sampson Toll.

Glick developed a new major focus on the properties of 1D (one-dimensional) polyacetylene, an intrinsically conducting polymer invented in 1958; interest flourished after a landmark 1979 paper showing that it supports solitons. Collaborating with him was postdoc Garnett W. Bryant, now Group Leader of the Atomic-Scale Device Group at NIST. “It was very fun at the time working with Arnie on these projects and having a chance, for the first time, to experience the excitement of working in a high profile, emerging area of physics,” said Bryant.

Glick’s student William R. Bandy, the department’s 2012 Distinguished Alumnus, studied electron tunneling and diagonal disorder with Glick. Bandy recalled “sitting in his office talking through my latest technical challenge, hearing about the latest engine replacement for his aging VW bus camper that he drove to Aspen every summer…. he was always giving me recommendations for good hiking trails in the region.”

Glick's parents taught him to hike as a youngster. The days spent ascending New Hampshire's White Mountains and snacking on mulberries inspired a love of nature that lasted throughout his lifetime.

Another keen interest was folk dancing, which he enjoyed for decades. Glick also availed himself of UMD’s breadth and studied modern dance, ballet, scuba diving, squash, movies and sculpture. He and his wife Rachel were frequent visitors at the department’s special lectures, retreats and retirement celebrations and enjoyed lectures and performances at the Clarice Smith Performing Arts Center.

His obituary in the Greenbelt News Review is here: https://greenbeltnewsreview.com/issues/GNR20200827.pdf 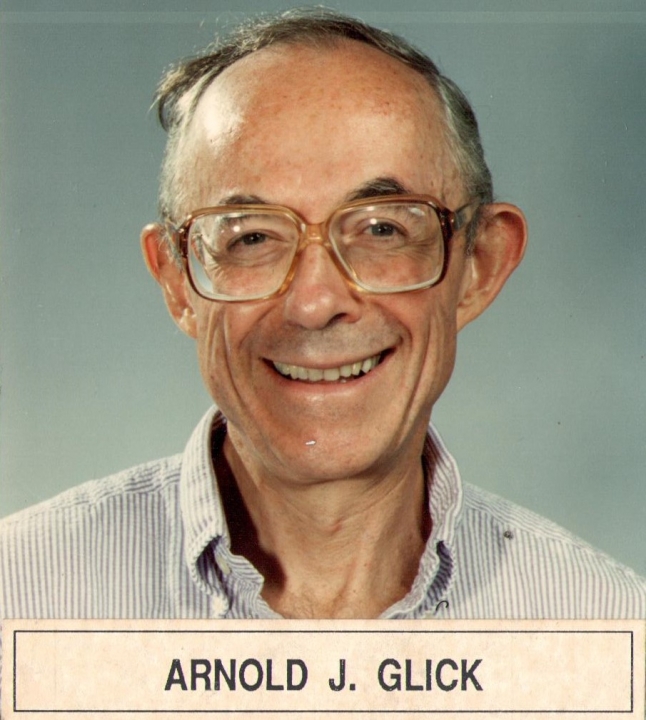