Professor Steve Rolston will begin a second five-year term as chair of the Department of Physics on July 1, 2021.

Rolston, who joined UMD in 2003, will continue to lead the physics department, which ranks No. 14 in the latest U.S. News & World Report Graduate Rankings and has 150 faculty members, nearly 600 students and annual research funding over $30 million.

“I’m grateful to have Steve's continued leadership, guidance and experience as we move forward from this challenging pandemic,” said Amitabh Varshney, dean of UMD’s College of Computer, Mathematical, and Natural Sciences. “I have seen first-hand how Steve selflessly dedicates his time and energy to our physics faculty, staff and students.” 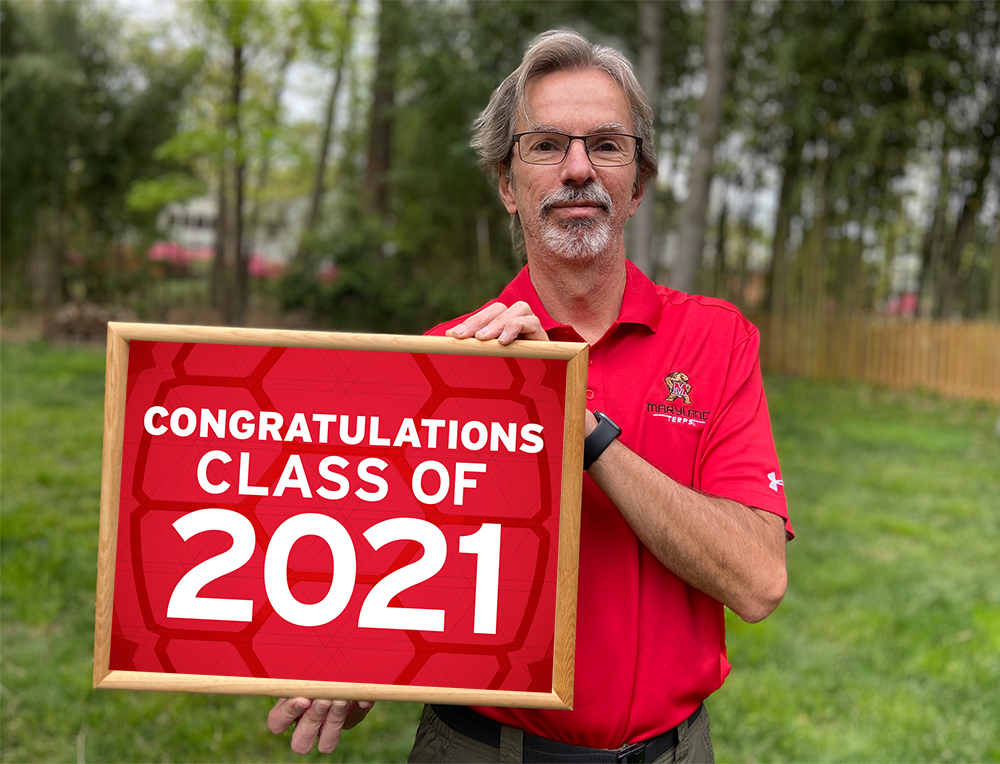 While department chair, Rolston also founded the Mid-Atlantic Quantum Alliance, which aims to build a vibrant and diverse local ecosystem to support quantum innovation, and co-founded the Quantum Technology Center, which aims to translate quantum physics research into innovative technologies.

During the COVID-19 pandemic, Rolston led the department in running in-person lab courses and research labs without a single case of community transmission.

“It has been a privilege to be chair of physics for the last five years with our powerhouse faculty who have continued to make UMD Physics a leader,” Rolston said. “I am particularly impressed at how well we weathered the pandemic, a testament to the strength of our staff, students and faculty, and expect great things in the future as we exit from this difficult time.”

Rolston served as associate chair of the department from 2006 to 2009 and as co-director of the Joint Quantum Institute (JQI)—a research partnership between UMD, the National Institute of Standards and Technology (NIST), and the Laboratory for Physical Sciences—from 2008 to 2017.

In his personal research, Rolston uses ultracold atoms created through laser cooling to study a variety of quantum phenomena. He develops simulators of disordered solid-state systems, works to understand how dissipation can be useful in quantum systems, creates strong quantum connections between atoms and photons, and generates the building blocks for a network of quantum devices.

He is a fellow of the American Association for the Advancement of Science, the American Physical Society and The Optical Society. In addition, Rolston received the university’s Kirwan Undergraduate Education Award in 2014 in recognition of his outstanding achievement in engaging undergraduates in science education.

Rolston earned his bachelor’s degree from Wesleyan University and Ph.D. in nuclear physics from the State University of New York at Stony Brook. After completing postdoctoral fellowships in atomic physics at the University of Washington and Harvard University, he spent 15 years as a staff scientist in the lab of Nobel laureate Wiilliam Phillips at NIST.