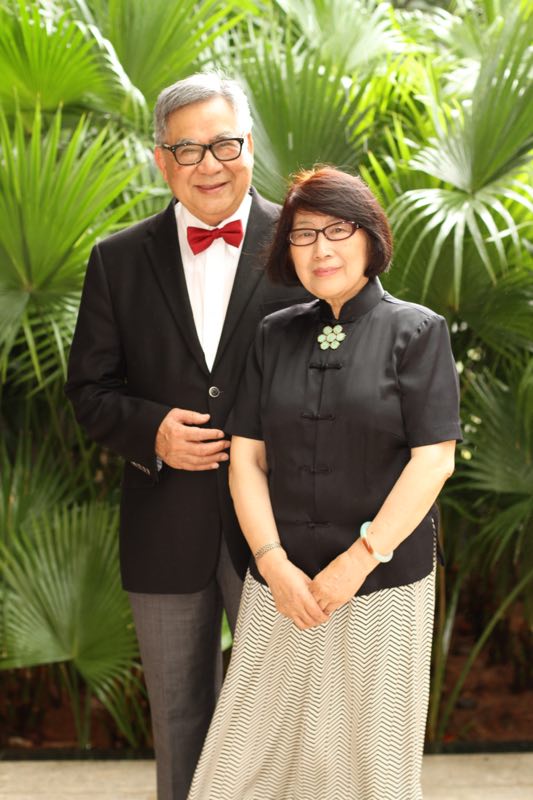 John Toll (1923-2011) knew how to bring talented people together to build something bigger than themselves.

As chair of the University of Maryland’s Department of Physics and Astronomy from 1953 to 1965, Toll recruited dozens of top-tier scientists to catapult the department onto an international stage. As president of UMD from 1978 to 1988 and founding chancellor of the University System of Maryland from 1988 to 1989, Toll helped grow the system and elevate its reputation.

In 1990, faculty, staff and administrators of the department established an endowed professorship in his name, and in 2002, the physics building was named after Toll in recognition of his contributions to the university.

Now, Chuan-Sheng Liu and Jingyi Liu are generously honoring Toll’s enormous legacy by endowing a lecture series in his name. The couple donated $50,000 to establish the John S. Toll Endowed Lecture in Physics, which will bring some of the brightest physicists to UMD’s campus to share their talent and enthusiasm with the community.

Chuan Liu is a professor emeritus of physics who joined UMD in 1974 and served as department chair from 1985 to 1990 and 1993 to 1994. His wife, Jingyi Liu (M.S. ’83, communications; Ph.D. ’91, radio/tv/film), was a cross-cultural communication consultant, educator and TV producer for educational programs, and she served as a contract interpreter for the U.S. Department of State.

The Lius’ gift to the university was followed by a $20,000 contribution from John Toll’s widow, Deborah Toll, who was thrilled to see her husband being honored in this way.

“I’m delighted that the Lius have established this lecture series, and it’s wonderful of them to do it in John’s name,” Toll said. “We now realize how sorely this country needs to improve scientific literacy, and I’m sure if John were alive, he would be doing something about it. If this lecture series can help bring some of the brightest minds to Maryland and get people excited about physics and science, all the better.”

The first John S. Toll Endowed Lecture in Physics will be presented by S. James Gates Jr., the current president of the American Physical Society and a College Park Professor of Physics who has been on the UMD faculty since 1984. He was the John S. Toll Professor of Physics from 1998 to 2017. Awarded the President’s National Medal of Science in 2011, Gates served on former President Barack Obama's Council of Advisors on Science and Technology. He is known among sc 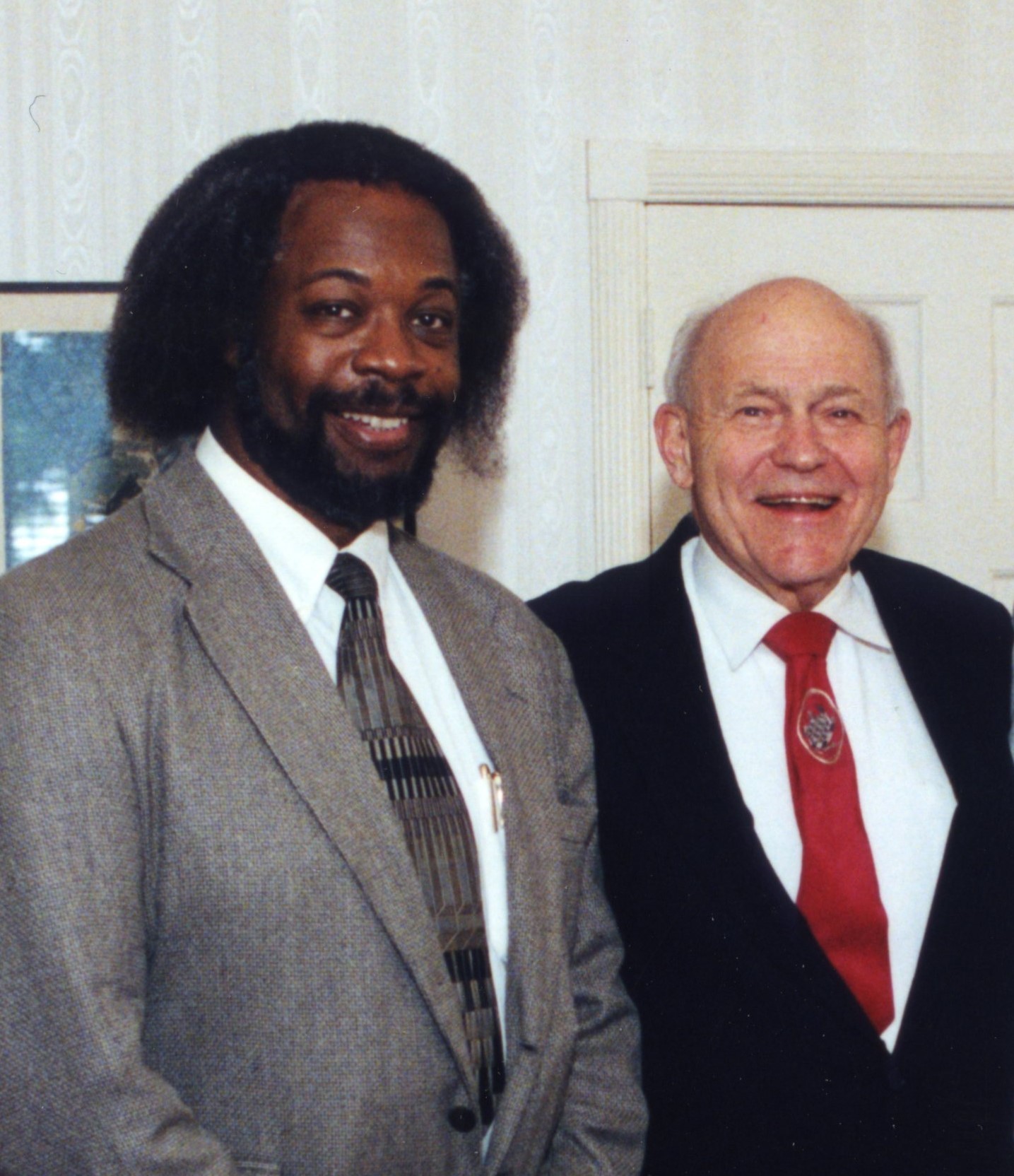 Jim Gates and John Toll in 2001.ientists for his work in supersymmetry, supergravity and superstring theory, and is more widely known by the public for his frequent appearances on scientific documentaries. Gates is currently the Ford Foundation Professor of Physics at Brown University and director of the Brown Theoretical Physics Center.

“Gates is a great representative for this first lecture,” Chuan Liu said. “He is a brilliant physicist as well as a very accomplished leader and public speaker. In addition to bringing brilliant people to speak to the community, we want to embody the spirit of collaboration and curiosity that John brought, and I think Gates is a great example of this.”

The Lius stressed that John Toll was dedicated to bringing people together under the umbrella of science and knowledge. It was a core part of John Toll’s personality that they both experienced firsthand throughout the years they knew him.

“We got to know John Toll very well and consider him a good friend,” Chuan Liu said. “I first met him when he came back to Maryland as president of the university, but he was also a physicist, so we had a lot in common and we talked about physics often.”

The Lius were also involved in Toll’s efforts to build relationships with scientists in China. In 1979, soon after the normalization of U.S.-China relations, Chuan Liu and three physicists from Princeton were invited by the Chinese Academy of Sciences to visit the Institute of Plasma Physics in Anhui, China. It would be Chuan Liu’s first return trip to China since his family left the country for Taiwan in 1949, and he was very excited.

When John Toll learned of the trip, he entrusted Chuan Liu to deliver a letter of invitation on behalf of Maryland Governor Harry Hughes to Wan Li, the governor of China’s Anhui province. Later that year, Wan led a delegation to visit Maryland, and Jingyi Liu served as interpreter for him and his delegation. While in Maryland, she got to know John Toll and Hughes and they encouraged her to come to UMD for her graduate studies.

The following year, Hughes visited Anhui province. Both John Toll and Chuan Liu were members of Hughes’ delegation. The exchange led to Maryland and Anhui becoming sister-states, which enabled numerous interactions and collaborations.

The Lius agree that part of John Toll’s ability to recruit talent and bring people together was his warmth and enthusiasm, qualities that seemed to come naturally to him. Deborah Toll echoed that sentiment, recalling stories her husband told about his early days as department chair.

“He used to bring some of the best scientists from all over the world to Maryland, and then he would take them to his mother’s house in Chevy Chase,” Toll explained. “She would host them and make meals for them. They had a grand time.” 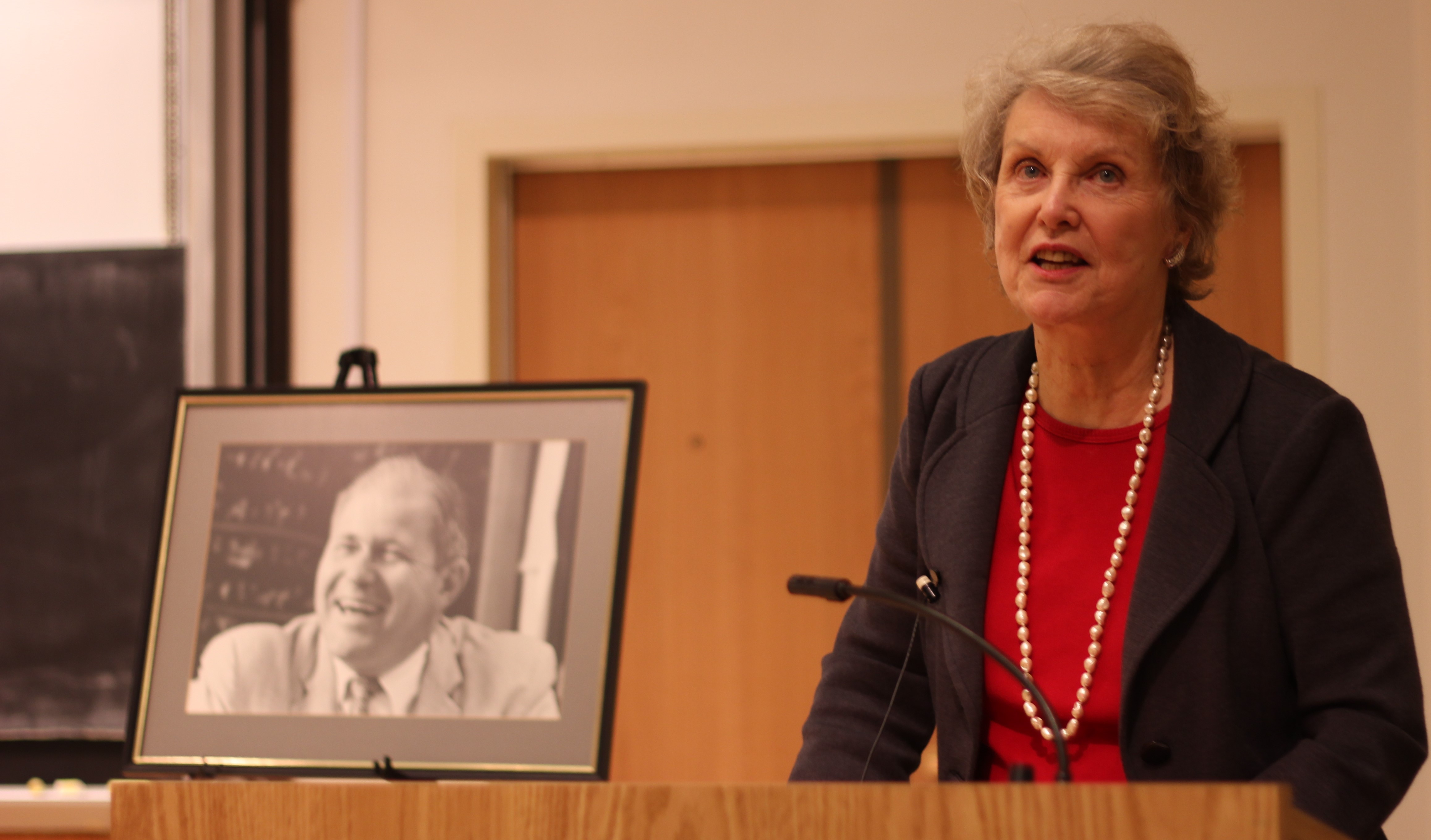 It was that kind of personal touch that the Lius remember so fondly. Although their gift reflects a deep appreciation and respect for John Toll as a leader and a scientist, it was his warmth and generosity as a friend that they often refer to when speaking about him.

“We want to continue the culture of inclusion, excellence and curiosity that John established here,” Chuan Liu said. “He wanted to share the excitement of discovery and to really help spread the spirit of collaboration in science.”

Perhaps no better example of that spirit is the Department of Physics’ traditional afternoon tea where students, faculty and staff came together daily to discuss science and socialize. John Toll started that tradition when he joined UMD in 1953, and it continued for many decades.

“He was a person who respected people and tried to bring out their best with his inspirational leadership,” Chuan Liu said. “And he had a truly unselfish spirit that was dedicated to truth and to bigger things than himself. We want this wonderful culture that John Toll started to continue, and in naming this lecture series for John, we want the next generations to remember the older generations and know the history and traditions that were the foundation of the department.”

Follow this link  to a 1989 profile of John S. Toll in the department's newsletter.