Growing into a Physicist at UMD

Physics can sometimes come across as the business of cold, calculating geniuses. But it can often be joyful, fun, competitive, engaging and more. Physicists are normal people and each of them has a unique and evolving relationship with their discipline.

University of Maryland physics graduate student Michael Winer has had a relationship with physics—and physics at UMD in particular—since he was a kid. He first came to UMD as a high school student pursuing his competitive spirit when physics was a fun challenge. Then over time, physics became something more nuanced for him. Now, he has returned to UMD to pursue physics as a career and is also helping introduce the joys of physics to a new generation of bright young minds.

As a kid growing up in Maryland, Winer didn’t have an innate passion for physics. But he did have mathematical talent and a competitive streak. Before getting into physics, he started participating in math competitions when a family friend roped him into a middle school math competition. 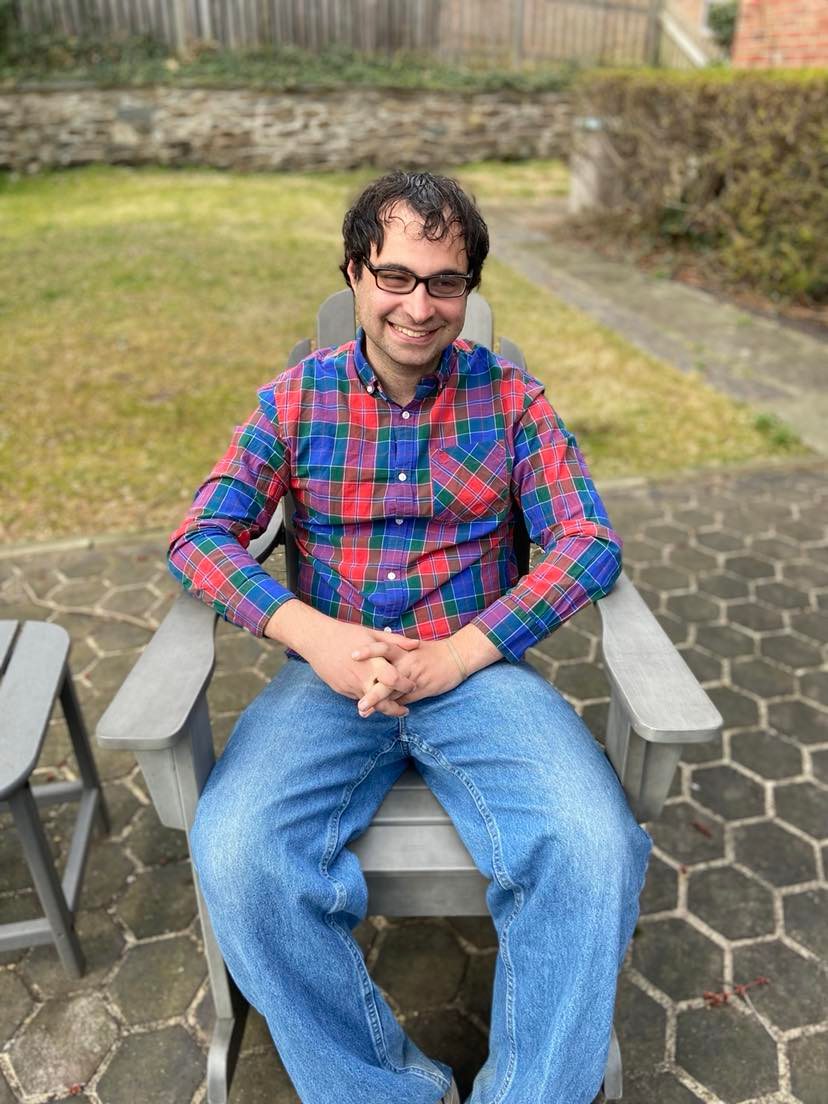 “It was the best thing I've ever been badgered into,” Winer said. “I really liked it, but unfortunately I was not the best at math. So I had to sort of differentiate myself if you will and become the physics guy.”

Winer’s math skills led him to attend Montgomery Blair High School in Silver Spring, Maryland, which has a magnet program that offers accelerated courses in science, mathematics and computer science. There, he got his first taste of physics competitions.

The tests that make up the U.S. Physics Olympiad were the most challenging Winer had ever taken, but his success on the tests in 10th grade—and then again in 11th grade—brought him to nearby UMD where he met several other promising young physics students from across the country. Each year (excepting virtual camps due to COVID-19) UMD hosts students at a training camp where they study physics and have a chance to make the U.S. International Physics Olympiad (IPhO) team.

“In 10th grade, I was really just happy to be there, and it was probably one of the best weeks of my life,” Winer said. “I was just enjoying basking in the glow of all these brilliant people and having all these interesting discussions and learning all these things. And then in 11th grade, I was much more focused on being one of the brightest kids there, making International Physics Olympiad, and then trying to get a gold medal at the International Physics Olympiad.”

In 10th grade, he also took the online course Exploring Quantum Physics with Victor Galitski, a Chesapeake Chair Professor of Theoretical Physics in the Department of Physics at UMD and a Fellow of the Joint Quantum Institute. Thanks to his positive experience with those two opportunities, Winer ended up reaching out to Galitski and arranging to work on a research project under his mentorship.

He studied how phonons—the quantum particle of sound—interact with electrons, a topic that is essential to understanding what makes superconductors work. That research experience was a radically new experience for Winer.

He said that he likes to warn young people that research is a completely different beast from what they might be used to from homework or student competitions.

“There are all sorts of differences,” Winer said. “Maybe you'll be able to solve this in two hours, maybe this will take 200 years, no one knows. And that's a lot of ambiguity, you don't know what you need to know, and you are not just allowed to—but almost always sort of required to—change the question as you're going. It's a completely different experience.”

That early experience provided inspiration, and by working alongside graduate students, he got a glimpse into the future he is now living.

“By far the most valuable thing was not actually the research but sitting in a room full of grad students,” Winer said. “Sitting in a room with grad students, I think, gives you an insight into academia that just doing physics doesn't. I think you would expect it to sort of destroy the romanticized version I had in my head, but it did not. In fact, to this day, watching other people do physics is very motivating to me and reminds me how much I love doing physics.”

After this first experience with physics research, his passion for physics started yielding tangible rewards. In his sophomore year, he earned a silver medal at IPhO. And then after another summer working with Galitski, he won a first-place medal and $150,000 in the Intel Science Talent Search as a high school senior.

“Both of those were very, very happy for me,” Winer said. “I did not think I would do well at the Intel contest and was wrong about that. What's interesting is I cared so much about Physics Olympiad. I spent years and years and years dreaming about Physics Olympiad whereas this research prize really just fell in my lap. Like, at no point in my life until it was announced that I had won did I think I would win.”

After graduating high school and studying physics at MIT, Winer has returned to UMD as a graduate student to tackle much more substantial research. He is working on theories that describe some of the complex physics that play out inside of materials. Working under the mentorship of Galitski and Brian Swingle, an adjunct assistant professor of physics at UMD who is also an assistant professor at Brandeis University, Winer is studying spectral statistics—the distinctive signature that the energy levels of quantum objects collectively imprint on observable properties—in chaotic quantum systems. While it takes much longer to solve the problems he is tackling now, he said he still finds the same joy in learning new physics as he did in his first research experience and studying for the IPhO.

At UMD, Winer has helped mentor two Montgomery Blair students. He said that in addition to helping the students, these experiences have helped him understand his relationship with his own advisors by being on the other side of the table.

He has also given back to the IPhO program by being a coach who both helps write the tests used to select participants and also mentors the selected students.

Winer said that while his participation as a student in the IPhO was probably helpful in getting to his current position, he thinks that an important part of the event is that it gives kids an opportunity to have fun.

“Like a sailing club doesn't, you know, justify itself as creating passion for the all-important sailing industry, right?” Winer said. “They just say, ‘The kids are having fun. Let's help some kids have fun.’ And I think we can't forget that. Like, I was a kid, I had a lot of fun. It's good when kids have fun.”

Winer’s advice to any high school students considering studying physics is to try participating in the Physics Olympiad and, if possible, to look for research opportunities with professional physicists.