Ferbel was born in 1937 in Radom, Poland. During the tumult of World War II, he and his family endured exile in a Russian gulag and later, a camp for displaced persons in Stuttgart. Eventually, Ferbel arrived in New York and received a B.A. in Chemistry from Queens College, CUNY, and his and Ph.D. in Physics from Yale University (where his favorite professor was Bob Gluckstern, later the chancellor of this campus and a professor of physics). 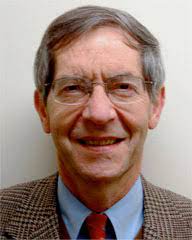 After a postdoctoral appointment at Yale, Ferbel accepted a faculty position at the University of Rochester in 1965.  While there, he received an Alfred P. Sloan Fellowship, a John S. Guggenheim Fellowship and an Alexander von Humboldt Prize.

He was elected a Fellow of the American Physical Society in 1984, and served as the U.S. program manager for the Large Hadron Collider from 2004-08.

In 2020, Ferbel described both his early years and his life as a physicist as part of the American Institute of Physics Oral History project. The transcript is available here: https://www.aip.org/history-programs/niels-bohr-library/oral-histories/46304