Gates, the John S. Toll Professor of Physics and Director of the Center for String & Particle Theory, is a UMD Distinguished Scholar-Teacher and a member of the American Academy of Arts and Sciences, the President's Council of Advisors on Science and Technology (PCAST) and the Maryland State Board of Education. In addition to his seminal work in supersymmetry, supergravity and string theory, Professor Gates is a well-known advocate for science and science education here and abroad. He has been a frequent guest on NOVA productions on PBS and a featured presenter at the World Science Festivals. He has delivered the annual Karplus Lecture to the National Science Teachers Association and has received the Public Understanding of Science and Technology Award from the American Association for the Advancement of Science.

The National Medal--the nation's highest award in science--was established in 1959 and is administered by the National Science Foundation.

For more images from the Friday medal ceremony, see the links below. 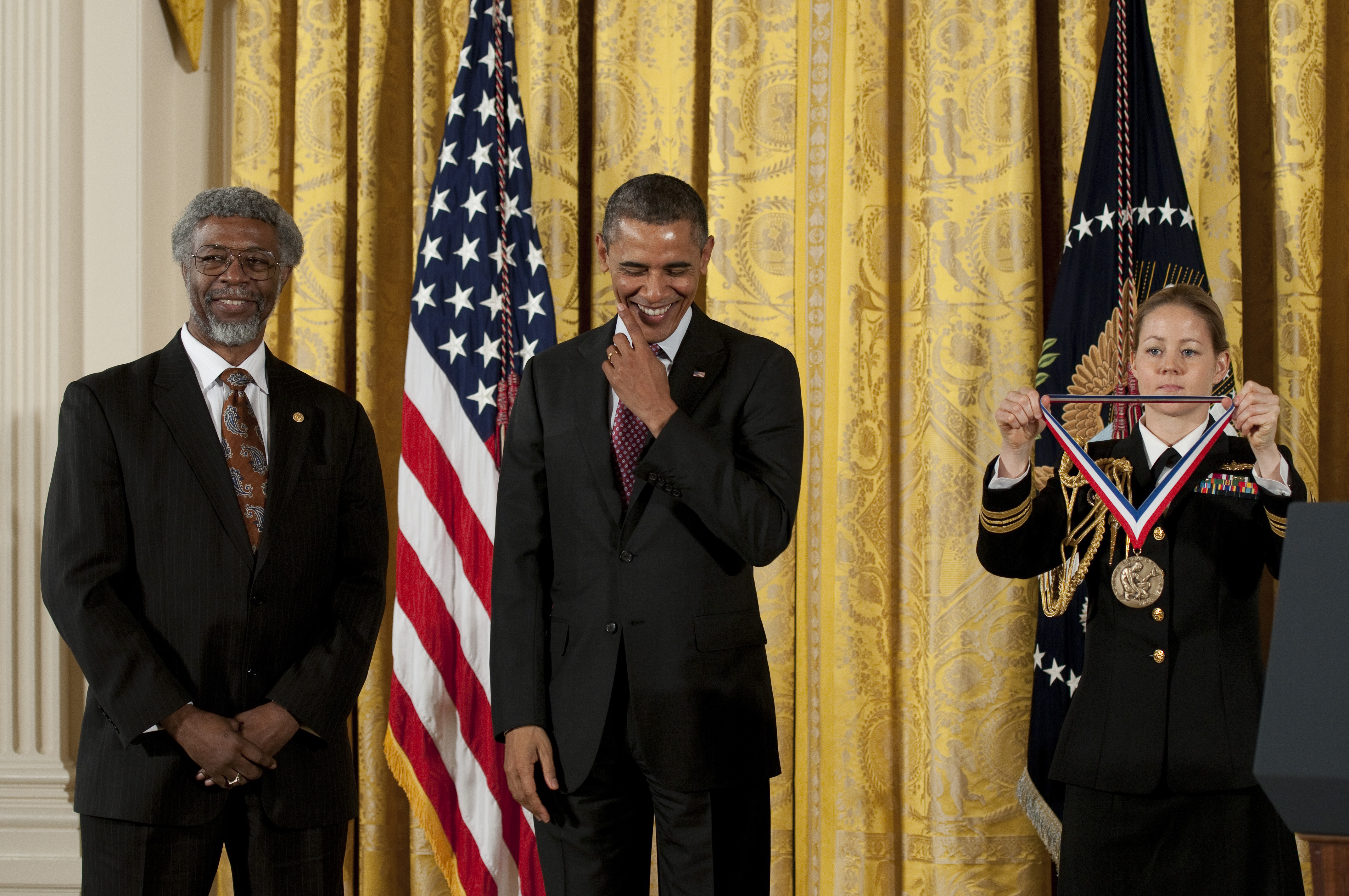