A major unsolved puzzle in particle physics and cosmology is the apparent asymmetry in the abundance of matter and antimatter in the universe. One condition for such an asymmetry to arise is the breaking of charge-parity (CP) symmetry in laws of interactions amongst particles, resulting in differences in reactions involving parti 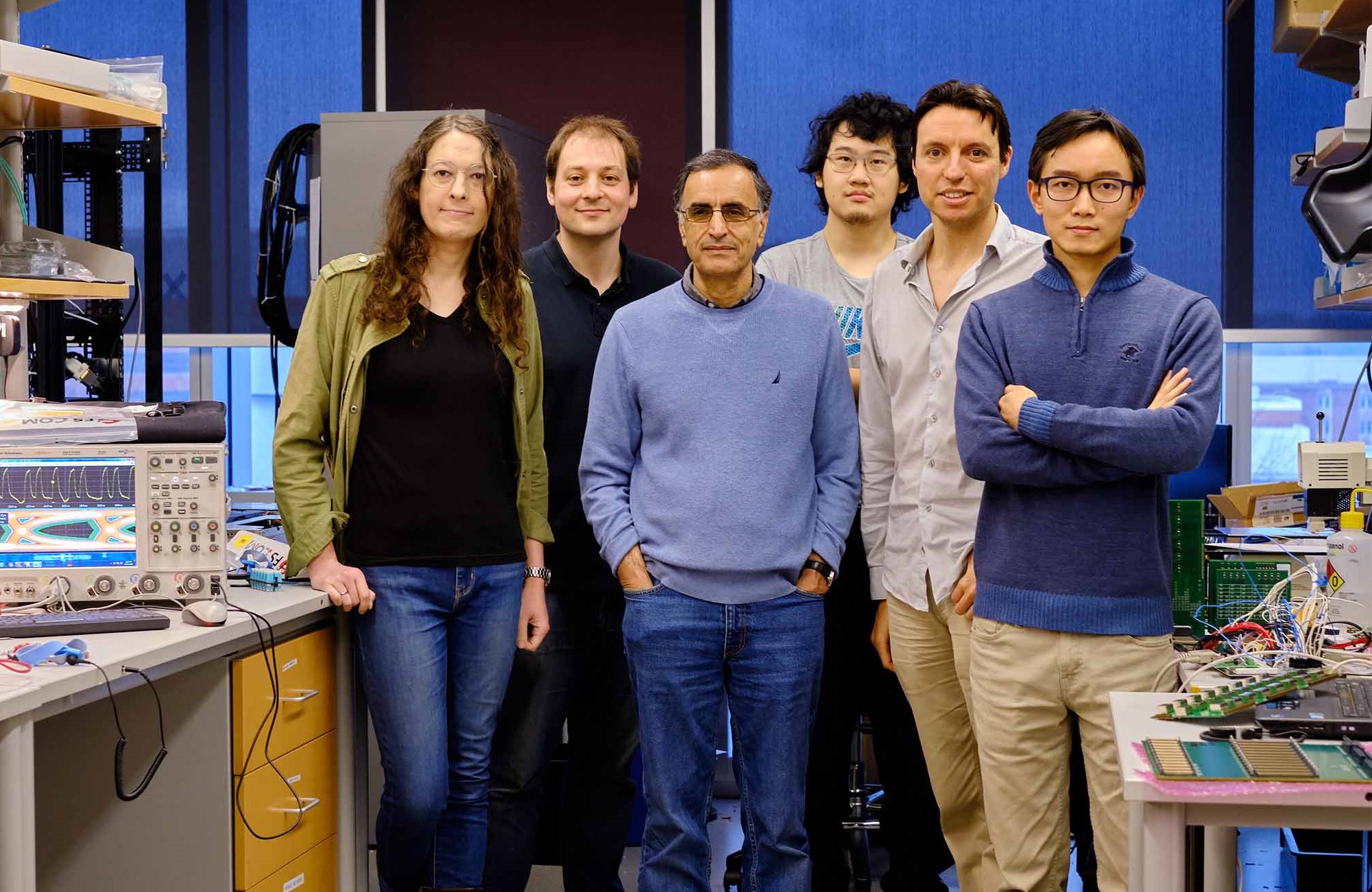 Phoebe Hamilton, Will Parker, Hassan Jawahery, Yipeng Sun, Manuel Franco Sevilla and Zishuo Yang. cles and antiparticles. CP violation has been observed in particles containing the strange and bottom quarks--kaons and B mesons--and the results conform to the predictions of the Standard Model at the current level of experimental accuracy. However, CP violation in the Standard Model is not sufficient to explain the matter-antimatter asymmetry in the universe. A key goal of the LHCb experiment is to search for additional sources of CP violation beyond the Standard Model. The Standard Model predicts negligible CP violation in decays of particles containing the charm quark, thus any significant effect in charm mesons could be due to new sources of CP violation. Using the data recorded in 2011-2018, the LHCb experiment has observed CP violation in decays of D mesons – mesons made of a charm quark and anti-up quark.(see https://arxiv.org/abs/1903.08726 and https://home.cern/news/press-release/physics/lhcb-sees-new-flavour-matter-antimatter-asymmetry.) This work was rated a Physics World Breakthrough of the Year finalist for 2019.

The LHCb collaboration is now preparing to complete and install the new upgraded detector elements that will significantly enhance the precision of the spectrometer, thus allowing more precise measurements of CP violation and other very rare effects that may arise from particles and interactions that are not present in the Standard Model. The new upgraded detector elements would enable the experiment to operate at higher intensities of the large hadron collider (LHC) and read out the entire detector--millions of sensor signals--at beam collisions that occur every 25 nanoseconds. Over the past six years, the Maryland team in LHCb has been deeply engaged in the design and construction of a charge particle detector, based on silicon sensors, focusing on the development of the electronics that would enable the readout and transfer of the sensor signals. The team is now preparing to complete the construction of the nearly 600 main electronics boards and 2000 auxiliary boards, which will be shipped to CERN for installation in the LHCb experiment starting in Spring of 2020. The experiment is expected to resume operation in 2021.