Timothy Qian, a senior at Montgomery Blair High School, has been named a finalist in the Regeneron Science Talent Search (STS) 2021 competition(link is external) for the research from his summer internship at the University of Maryland. He performed the work with the mentorship of Adjunct Associate Professor Alexey Gorshkov and graduate student Jacob Bringewatt. Gorshkov, a physicist at the National Institute of Standards and Technology, is a Fellow of the Joint Quantum Institute (JQI) and of the Joint Center for Quantum Information and Computer Science (QuICS).

“Researching at JQI and QuICS was a new and interesting experience,” Qian says. “My mentors showed me how the research process worked and helped me immensely throughout my project. Being named a finalist is a huge honor, as well as a recognition of the research my mentors and I conducted.” 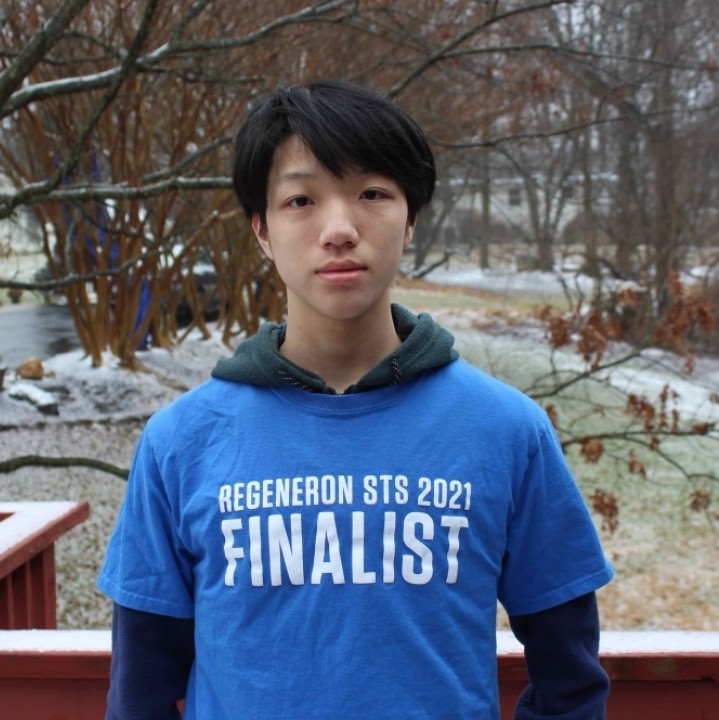 The Regeneron STS competition is designed to acknowledge original research by high school students in a topic related to science, technology, engineering or math. As a finalist, Qian is one of the top 40 students out of 1,760 entrants and will receive at least $25,000.

“Timothy was super impressive and fun to work with,” Bringewatt says. “He worked really hard and showed a lot of creative independence–in fact he arrived at the essential mathematical insight that broke open the problem for us by making clever use of a beautiful duality theorem he found in the mathematics literature.”

In Qian’s project, titled “Optimal Measurement of Field Properties with Quantum Sensor Networks,” he developed, with the aid of Gorshkov’s lab, a procedure for using networks of quantum sensors to perform optimal measurements of field properties—things like the electric field generated at a particular point by a distribution of electrons or the magnetic field produced by atomic nuclei. The procedure can be used to get the best accuracy that is possible in a limited amount of time or to take the shortest amount of time possible to get a needed level of accuracy. This optimized procedure should help people design quantum technologies that can efficiently work together to gather information about the surrounding world.

Gorshkov has mentored other high school students who expressed interest in his lab’s work, including Qian’s older brother, Kevin. Kevin Qian was also acknowledged for his work in Gorshkov’s lab; he was selected as a 2019 Regeneron STS Finalist and placed second in the physics and astronomy category at the International Science and Engineering Fair 2019.

Timothy Qian and this year’s other finalists will have the opportunity to present their work to the public and to compete for the top 10 awards—including a $250,000 prize for the overall winner—in a virtual competition scheduled for March.