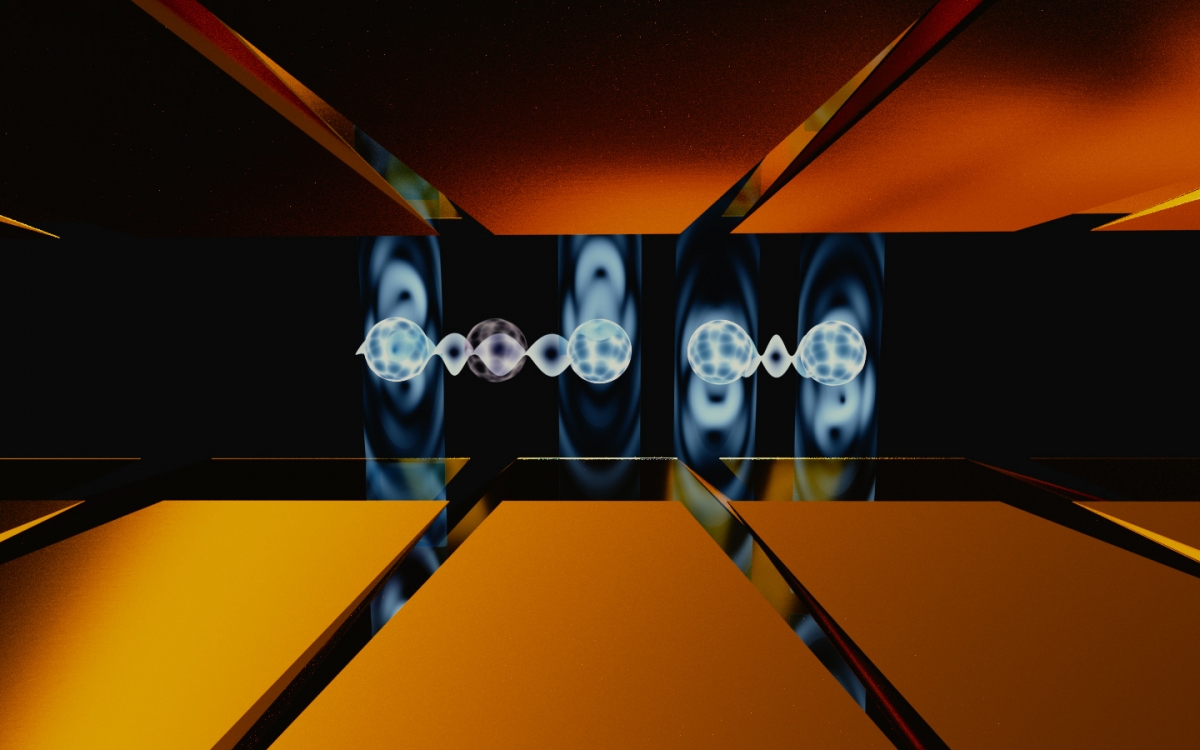 Scientists at the Joint Quantum Institute (JQI) have been steadily improving the performance of ion trap systems, a leading platform for future quantum computers. Now, a team of researchers led by JQI Fellows Norbert Linke and Christopher Monroe has performed a key experiment on five ion-based quantum bits, or qubits. They used laser pulses to simultaneously create quantum connections between different pairs of qubits—the first time these kinds of parallel operations have been executed in an ion trap. The new study, which is a critical step toward large-scale quantum computation, was published on July 24 in the journal Nature.

“When it comes to the scaling requirements for a quantum computer, trapped ions check all of the boxes,” says Monroe, who is also the Bice-Sechi Zorn professor in the UMD Department of Physics and co-founder of the quantum computing startup IonQ. “Getting these parallel operations to work further illustrates that advancing ion trap quantum processors is not limited by the physics of qubits and is instead tied to engineering their controllers.”

Ion traps are devices for capturing charged atoms and molecules, and they are commonly deployed for chemical analysis. In recent decades, physicists and engineers have combined ion traps with sophisticated laser systems to exert control over single atomic ions. Today, this type of hardware is one of the most promising for building a universal quantum computer.

The JQI ion trap used in this study is made from gold-coated electrodes, which carry the electric fields that confine ytterbium ions. The ions are caught in the middle of the trap where they form a line, each one separated from its neighbor by a few microns. This setup enables researchers to have fine control over individual ions and configure them as qubits.

Each ion has internal energy levels or quantum states that are naturally isolated from outside influences. This feature makes them ideal for storing and controlling quantum information, which is notoriously delicate. In this experiment, the research team uses two of these states, called “0” and “1”, as the qubit.

The researchers aim laser pulses at a string of qubits to execute programs on this small-scale quantum computer. The programs, also called circuits, are broken down into a set of single- and two-qubit gates. A single-qubit gate can, for instance, flip the state of an ion from 1 to 0. This is a straightforward task for a laser pulse. A two-qubit gate requires more sophisticated pulses because it involves tailoring the interactions between qubits. Certain two-qubit operations can create entanglement—a quantum connection necessary for quantum computation—between two qubits.

Until now, circuits in ion trap quantum computers have been limited to a sequence of individual gates, one after another. With this new demonstration, researchers can now do two-qubit gates in parallel, creating entanglement between different pairs of ions simultaneously. The research team achieved this by optimizing the laser pulse sequences used to perform operations, making sure to cancel out unwanted laser-qubit interactions. In this way, they were able to successfully implement simultaneous entangling gates on two separate ion pairs.

In addition to Monroe and Linke, Caroline Figgatt, former JQI graduate student and scientist at Honeywell, was lead author on this research paper and provided background material for this news story. The research paper was published simultaneous to similar work done by former JQI postdoctoral researcher and Tsinghua University professor Kihwan Kim.