The discovery of the Higgs boson, announced on July 4, 2012 by researchers working at CERN’s Large Hadron Collider (LHC), was a landmark in understanding fundamental particles and their interactions. Afterward, François Englert and Peter Higgs received the Nobel Prize in Physics for predicting the existence of the Higgs boson, without which fundamental particles such as quarks and bosons would not have mass.

Sarah Eno, Alberto Belloni, Nick Hadley, Andris Skuja and Drew Baden, along with UMD Physics students and postdocs, were among the contributors to the LHC achievement. 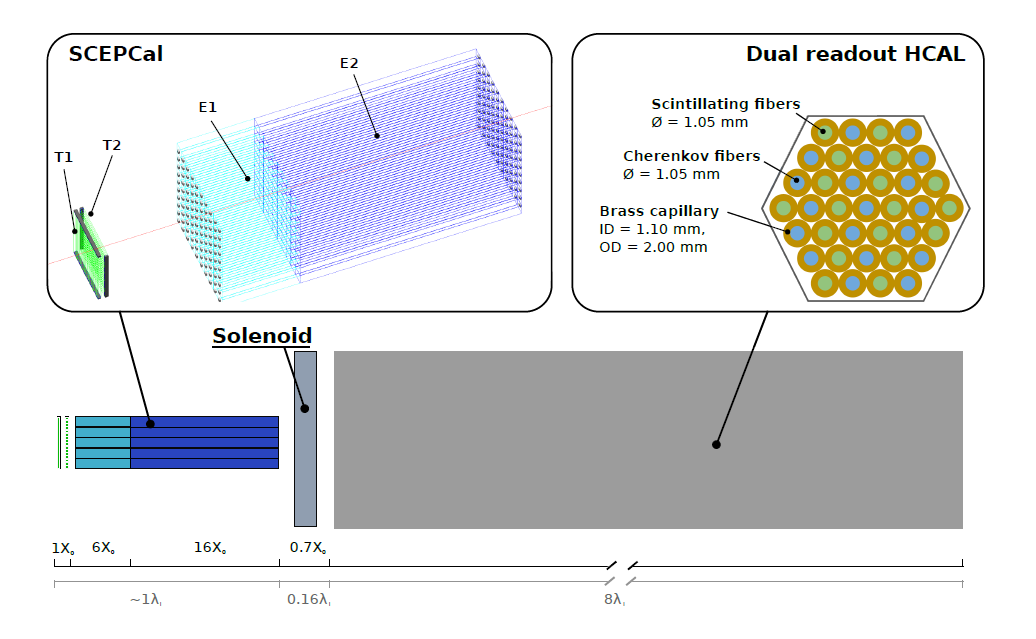 A full calorimetry system for a collider detector. The crystal ecal is shown in blue and purple and is labeled E1 and E2.To continue studying the Higgs boson and its role in the universe, scientists are planning the construction of the next great collider, a “Higgs factory”. The US particle physics community uses the Snowmass planning process to identify and direct research priorities. UMD’s Zohreh Davoudi, Manuel Franco Sevilla and Alberto Belloni are leading the writing of various chapters in the next Snowmass report, which will describe in detail (among other things) the compelling need to make very precise measurements of the properties of the Higgs boson.

Existing and planned particle detectors cannot do precision measurements of both electrons/photons (which interact primarily via the electromagnetic force) and hadrons (bound states of quarks that interact mostly via the strong force). For future large colliders, Eno, along with Chris Tully of Princeton University and Marco Lucchini of Università degli Studi di Milano-Bicocca, recently proposed a dual-readout crystal electromagnetic calorimeter.  The idea builds on earlier work for the DREAM/RD50/IDEA collaborations, but will utilize machine learning, novel particle reconstruction algorithms and new types of photodetectors, allowing excellent resolution for all types of particles and a clearer understanding of the Higgs boson. 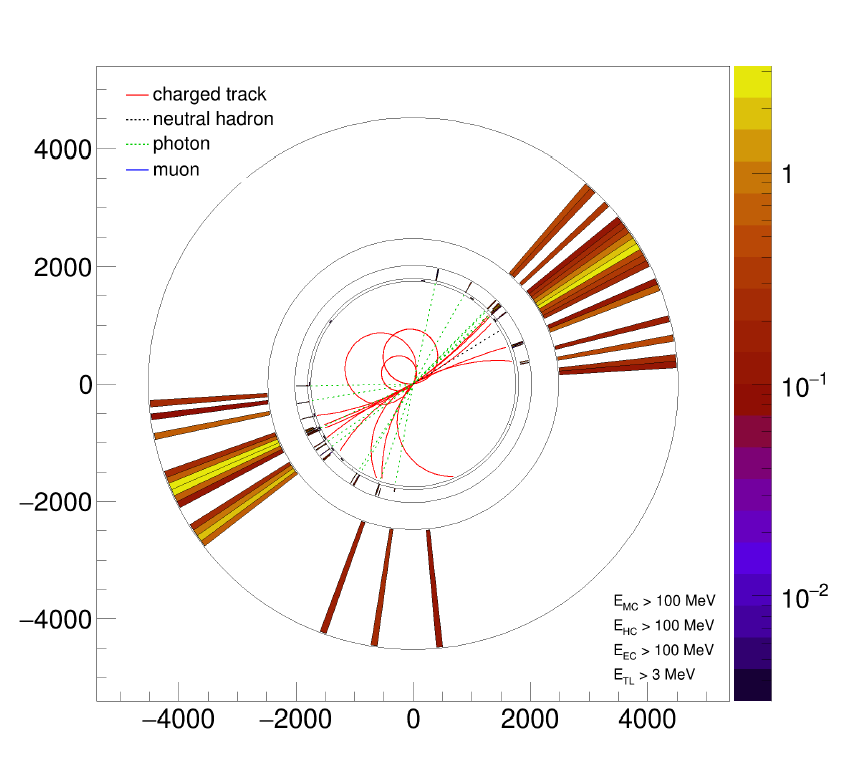 Typical Z to dijet event, showing charged tracks in the tracker, hits in the electromagnetic calorimeter, and then hits in the spaghetti-type dual-readout section.

Eno, whose research has focused on precision studies of the properties of the W boson, tests of QCD using Z bosons, and searches for exotic particles predicted by theories of physics beyond the Standard Model, has long worked on calorimeters, specifically in measuring the momentums of jets and missing transverse energy and studies of radiation damage to their plastic components. She is a UMD Distinguished Scholar-Teacher and a Fellow of the American Physical Society and the American Association for the Advancement of Science.

The Snowmass submission outlining calorimeter aspirations, with Eno as lead author, can be found here:  https://arxiv.org/abs/2203.04312

A new College Park-based company founded by a University of Maryland professor further solidifies the area’s status as a global hotspot for quantum-related start-ups.

Quantum Catalyzer (Q-Cat) was created by Ronald Walsworth, a serial entrepreneur and director of UMD’s Quantum Technology Center. The company’s mission is to identify the most promising ideas in quantum technology and create companies that can translate that technology into solutions for society.

“While traditional technology incubators support young companies already in existence, Q-Cat has a unique model where we help identify technology well-suited for commercialization and build companies from scratch, serving as co-founders and providing critical, multifaceted support to help them grow,” said Walsworth, who has appointments in UMD’s physics and electrical and computer engineering departments.

Q-Cat joins the ranks of IonQ and other companies fueling College Park’s reputation as a world leader in quantum commercialization.

“Just as the first quantum revolution roughly a century ago led to the development of transistors, lasers and other technologies we still rely on today, we are now in the early stages of the second quantum revolution,” said Gregory F. Ball, UMD vice president for research. “As research and innovation continue to develop and we understand more about the many ways in which quantum science will impact society in the future, we will need more quantum entrepreneurs to step up and help translate those discoveries into products and services for the public.”

According to research by McKinsey, investments in quantum start-ups doubled from 2020 to 2021, exceeding $1.7 billion last year. To date, Q-Cat has created four quantum companies from technology developed in the Walsworth and collaborator labs.

Elizabeth Bennewitz, a first-year physics graduate student, has received a Department of Energy Computational Science Graduate Fellowship(link is external). Bennewitz is one of 33 recipients in 2022—the largest number of students this program has ever selected in a year.

The fellowships provide financial support, including tuition and a stipend, to each fellow for up to four years of their education. Additionally, Bennewitz and the other recipients will gain practical experience working in a DOE laboratory for three months.

“I am very honored to receive this fellowship and am grateful for the freedom it gives me to explore my interests in quantum information and computing,” Bennewitz says. “I'm also very thank 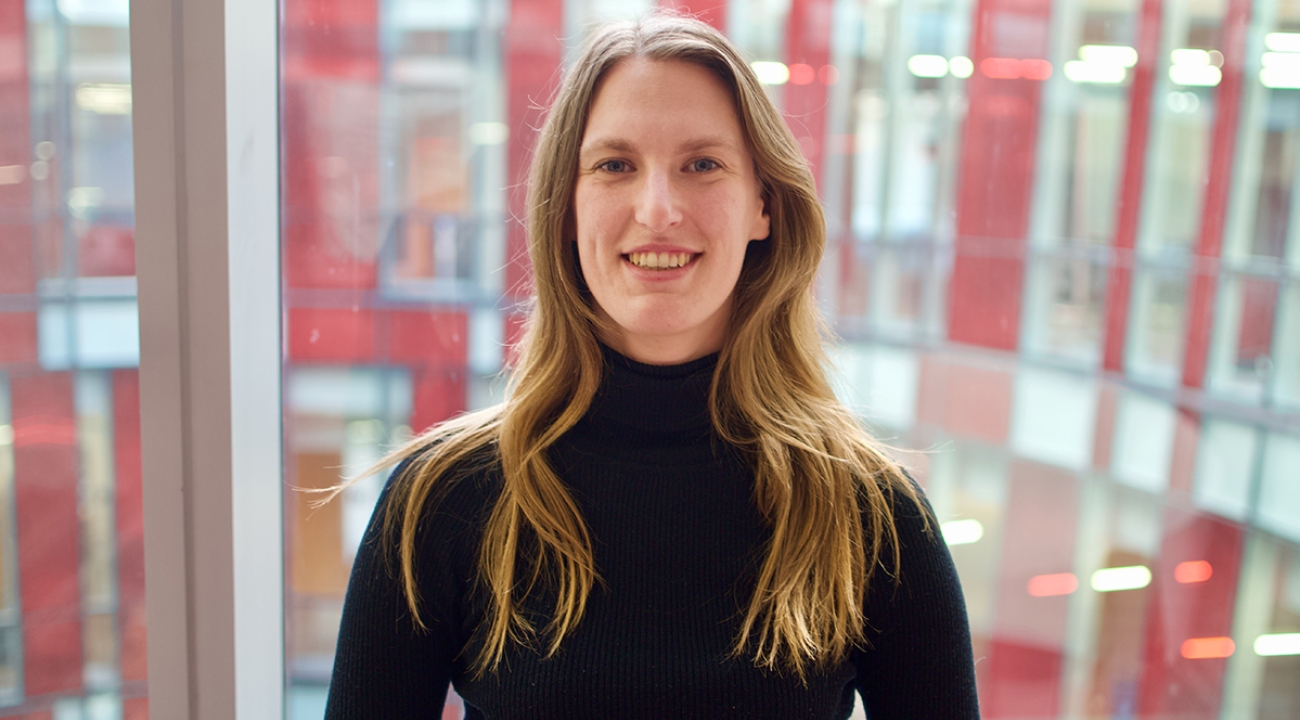 Elizabeth Bennewitz (credit: Dan Spencer)ful for all the support and guidance I received from my professors and peers along the way at Bowdoin College, Perimeter(link is external) and here at Maryland.”

“[The] Office of Science is proud to support the training of a diverse and accomplished group of students to become leaders among the next generation of computational scientists,” says Barbara Helland, DOE Associate Director of Science for Advanced Scientific Computing Research, in a press release. “As evidenced by the success of the current CSGF alumni, the new fellows’ research will advance efforts in a wide range of science and engineering topics that benefit Administration priorities and the American people.”

Bennewitz is working with Joint Quantum Institute and Joint Center for Quantum Information and Computer Science (QuICS)  Fellow Alexey Gorshkov. She has chosen to research large collections of interacting quantum particles—called many-body quantum systems. The physics of quantum interactions is an area of cutting-edge research and is important to quantum computer technologies. Many-body quantum interactions can also be used to develop simulations to explore challenging problems in materials science and chemistry.

In her first year as a graduate student, Bennewitz has started exploring ways that quantum simulators might help researchers understand the interactions that are responsible for holding particles together to form the nuclei that are the cores of atoms.

“Echoing my thoughts from when Elizabeth was named a finalist for the Hertz fellowship, I'm again very happy for Elizabeth, and I'm again excited and honored that she chose to work with my group,” Gorshkov says.

Distinguished University Professor Edward Ott has been elected to the 2022 class of the National Academy of Sciences, one of 120 members and 30 international members recognized for their exceptional and continuing achievements in original research. Richard Walker from the Department of Geology was also chosen.

“I am thrilled that Dr. Ott and Dr. Walker have been elected to the National Academy of Sciences,” said Amitabh Varshney, Dean of the  College of Computer, Mathematical, and Natural Sciences (CMNS). “They are world-renowned scholars and leaders in their fields. This honor is richly deserved, and we are proud to have them as colleagues here at Maryland." 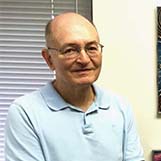 Their election brings the number of CMNS faculty members in the National Academy of Sciences to 18.

Ott holds appointments in physics, the Department of Electrical and Computer Engineering, and the Institute for Research in Electronics and Applied Physics. He has spent his career conducting research in areas including the basic theory and applications of nonlinear dynamics, wave chaos, control of chaos, fractal basin boundaries, dynamics of large interconnected networks, chaotic dynamics of fluids, models of brain dynamics and learning, and weather prediction.

Of his NAS election, he said, "I feel greatly honored by this recognition of my work, and also regard this as a recognition of the important role that the general field in which I have mostly worked—nonlinear dynamics and chaos—is now playing in science and technology research.”

Ott was nominated as a foreign member of the Academia Europaea in 2020 and is a fellow of the IEEE, American Physical Society, Society for Industrial and Applied Mathematics and World Innovation Foundation. He received the A. James Clark School of Engineering Outstanding Faculty Research Award in 2005. 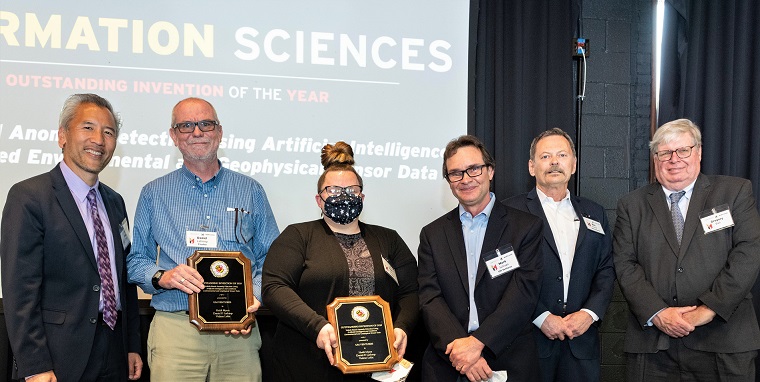