Assistant Professor Alicia Kollár has been awarded a grant by the Air Force’s Young Investigator Research Program (YIP). She is one of 36 early-career researchers around the US to receive the three-year, $450,000 award.

Kollár plans to develop a new breed of superconducting devices for studying quantum computing and quantum simulation. The devices will build upon an already successful platform—superconducting qubits connected together by photonic cavities—to create new interactions between qubits and new ways of connecting qubits together. 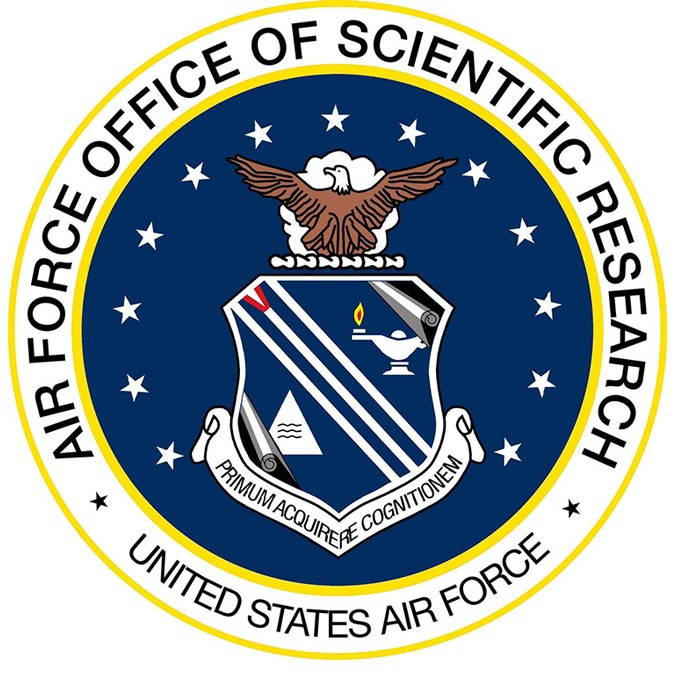 “These systems realize artificial photonic materials for microwave photons with unprecedented levels of versatility and control,” says Kollár. “They can even be used to make lattices which cannot be found in nature, including things as exotic as lattices in curved hyperbolic spaces. Thanks to the generous support of the Air Force Office of Scientific Research, we can now truly embark on harnessing this effect for new types of interactions and spin models.”

The YIP received more than 215 proposals this year, for research into everything from basic physics to machine learning and network science. Xiaodi Wu, a Fellow of the Joint Center for Quantum Information and Computer Science and an assistant professor of computer science at UMD, was also awarded a YIP grant this year.

Sankar Das Sarma and Chris Monroe are included on the Clarivate Web of Science Group’s 2020 roster of Highly Cited Researchers(link is external) r, which recognizes influential scientists for their highly cited papers over the preceding decade. Both are Distinguished University Professors and Fellows of the Joint Quantum Institute. 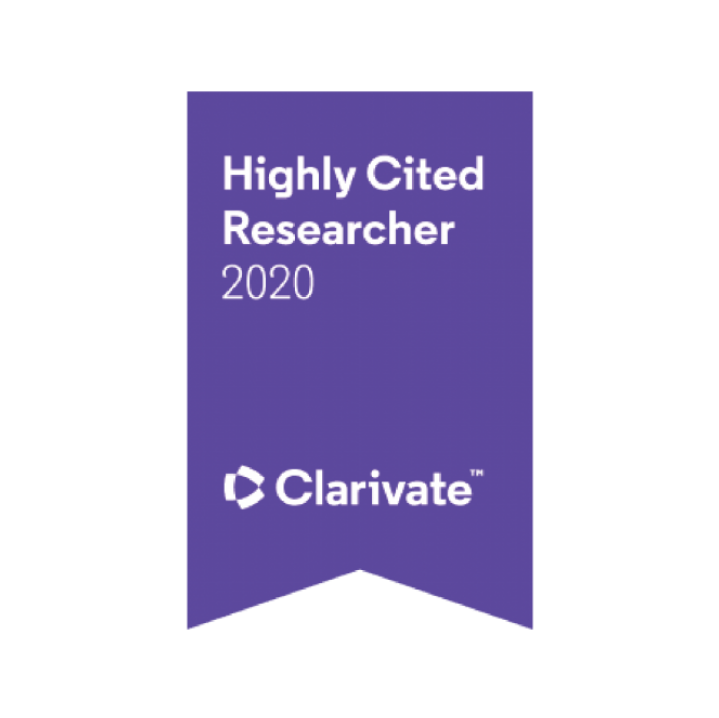 Das Sarma is Director of the Condensed Matter Theory Center and holds the Richard E. Prange Chair. Monroe holds the Bice Zorn Professorship and is a Fellow of the Joint Center for Quantum Information and Computer Science.

Das Sarma has been included every year that the list has been released. This is Monroe’s second consecutive year receiving the distinction.

To mark the 50th anniversary of Physical Review B, editors selected “milestone” papers that have made lasting contributions to condensed matter physics, including one co-written by Distinguished University Professor Sankar Das Sarma.

Das Sarma wrote the selected paper, Dielectric function, screening, and plasmons in two-dimensional graphene, with Euyheon Hwang. Hwang earned his doctorate in 1996 under Das Sarma, and after appointments as a UMD research associate and assistant research scientist, accepted a faculty post at Sungkyunkwan University (SKKU) in South Korea.  He is one of about 100 of Das Sarma’s students and postdocs who have gone on to faculty appoint 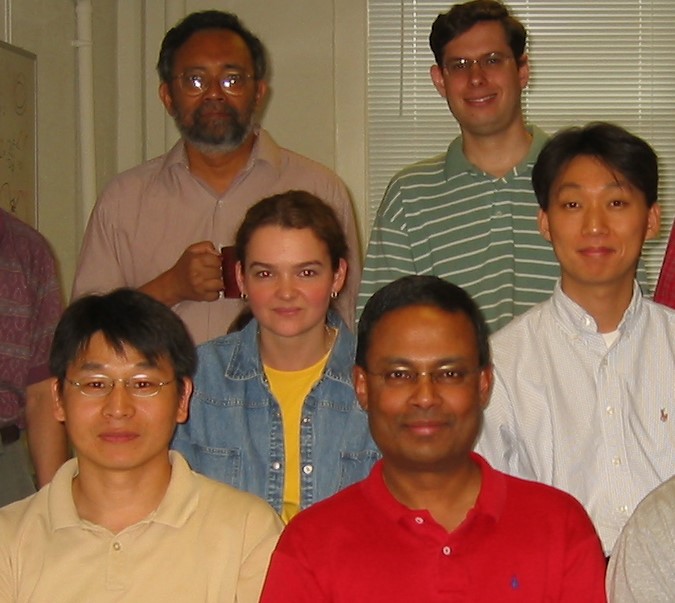 The milestone paper was published in 2007 and has 1,744 citations. In it, the authors developed a many body theory for the dynamical dielectric function of doped graphene at an arbitrary wave vector and frequency.   The dielectric function directly determines many physical properties, including electrical and optical properties.  This ‘milestone’ publication by Hwang and Das Sarma has been instrumental not only in the development of the fundamental physics of graphene, but has also ushered in the technological field of ‘graphene plasmonics’ which is being widely pursued worldwide for practical engineering use in optics and photonics.

Das Sarma, the Richard E. Prange Chair in Physics, is a Distinguished University Professor, a Fellow of the Joint Quantum Institute, and the director of the Condensed Matter Theory Center. He is internationally known for his work on topological quantum computation, Majorana physics, spin quantum computation, many body phenomena, quantum localization and nonequlibrium statistical mechanics, and has recently entered into the study of twisted bilayer graphene and higher-order topological systems. Google Scholar counts 90,227 citations and calculates an h-index of 124.

Adjunct Associate Professor Nicholas Butch will receive the National Institute of Standards and Technology’s 2020 Samuel Wesley Stratton Award "for pioneering research into the exotic physics and extremely high-field re-entrant superconductivity in uranium ditelluride." The Stratton Award, named after the first director of the National Bureau of Standards, as NIST was then known, recognizes an unusually significant research contribution to science or engineering that merits the acclaim of the scientific world and supports NIST’s mission objectives. 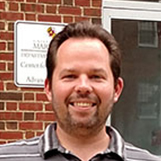 Butch, a physicist at NIST’s Center for Neutron Research, is a member of the Quantum Materials Center (QMC). His first UMD appointment was as a Rolfe Glover Postdoctoral Fellow in 2008.

Among Butch’s research pursuits are quantum materials and superconductivity. In 2019, he and collaborators discovered superconductivity in the material uranium ditelluride (UTe2) and then described a remarkable quirk: high magnetic fields seem to stabilize, not destroy, its superconducting state. This resilience could make UTe2 a promising material for use in quantum computers.

Earlier in 2020, Butch and collaborators also announced that experiments with UTe2 revealed that it might contain the long-sought Majorana fermion.

Butch earned his Ph.D. in 2008 at the University of California, San Diego. In 2017, he received a Presidential Early Career Award for Scientists and Engineers (PECASE), the highest honor bestowed by the United States government on science and engineering professionals in the early stages of their research careers.

A paper coauthored by Adjunct Professor and JQI Fellow Ian Spielman in 2011 has been highlighted by the journal Physical Review A as part of its 50th anniversary celebration—one of only 26 that the journal plans to highlight in its “anniversary milestones” collection.

The collection comprises papers published in the journal “that have made important contributions to atomic, molecular, and optical physics and quantum information by announcing significant discoveries or by initiating new areas of research.” Highlighting these notable papers is part of the American Physical Society’s celebration of the splitting of the journal Physical Review into four journals, Physical Review A-D, that each cover different specialized physics content. 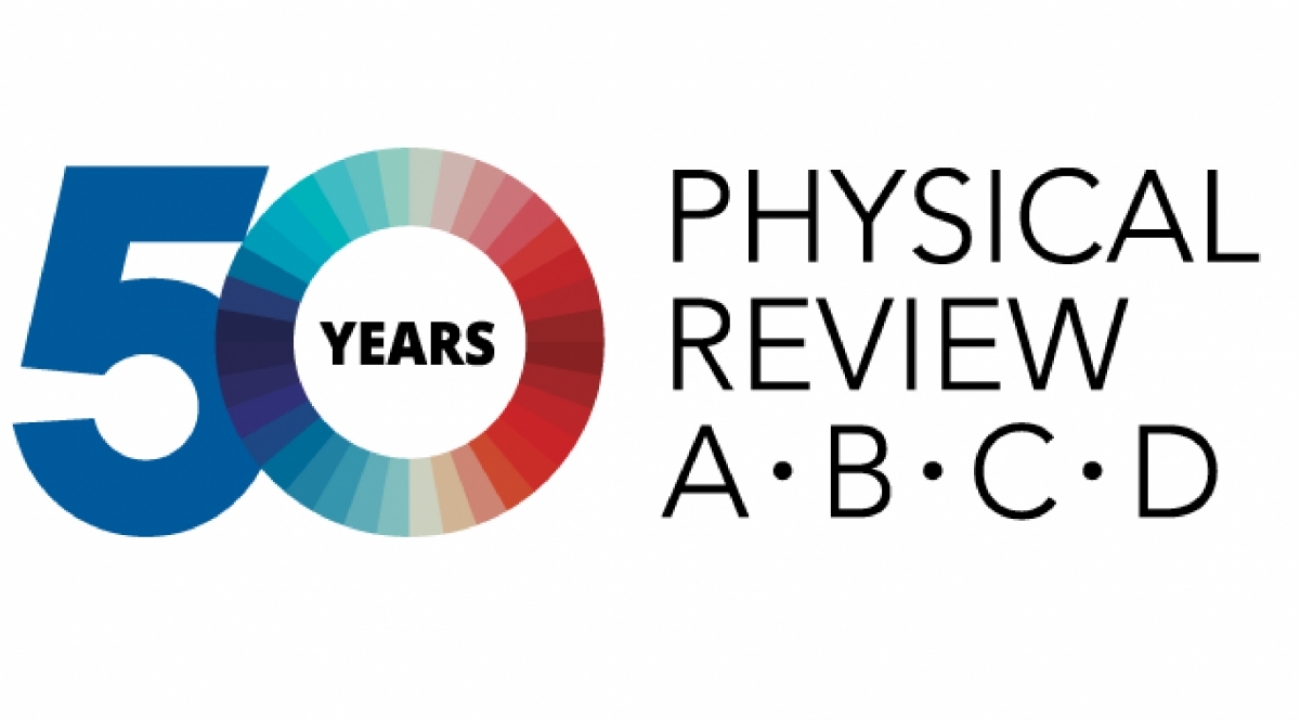 In Spielman’s paper, which was also highlighted by Google Scholar Metrics in 2014, he and his colleagues proposed an experimental setup to create quantum interactions called Rashba and Dresselhaus spin-orbit coupling for an atomic Bose-Einstein condensate. Spin-orbit coupling is an interaction where the properties of spin—an attribute of quantum objects related to rotation and magnetism—and momentum become tied together. The phenomenon helps stabilize the states against quantum disturbances and plays an important role in materials, like topological insulators, that are of theoretical and technological interest.

The paper describes how experiments can create the desired coupling for electrically neutral rubidium atoms by using lasers, and it also provides an intuitive, visual framework for understanding such experiments as an alternative to the prior, more-abstract mathematical description that researchers were using.

“What I think this proposal really did is change the language that we used to think about engineering spin-orbit coupled systems,” says Spielman. “This paper provides a super-visual construction that you can do on the fly in your head to know about what's going to happen in an experiment.”

In the proposal, several lasers are set up so that they interact with the atoms simultaneously to create the appropriate quantum state with the desired coupling. The paper presented the physics in the experiments in terms of how the photons that make up the lasers contribute momentum to the atoms.

In addition to experiments by others, Spielman’s own research group at JQI has built on this work and he says that he hopes that similar experiments with atoms other than rubidium will open opportunities to explore even more new physics.