On August 22, 2019, the University of Maryland announced the launch of the Quantum Technology Center (QTC), which aims to translate quantum physics research into innovative technologies.

The center will capitalize on the university’s strong research programs and partnerships in quantum science and systems engineering, and pursue collaborations with industry and government labs to help take promising quantum advances from the lab to the marketplace. QTC will also train students in the development and application of quantum technologies to produce a workforce educated in quantum-related engineering.

"The Quantum Technology Center will add to the University of Maryland’s world-renowned leadership in the quantum fields, including physics, engineering, computer science, and materials research," said Laurie Locascio, vice president for research at UMD. "This new center will build on these strengths to develop future quantum technology and new applications, and to train students and researchers in quantum technology."

The announcement comes at a pivotal time when quantum science research is expanding beyond physics into materials science, engineering, computer science, chemistry and biology. Scientists across these disciplines are looking for ways to exploit quantum physics to build powerful computers, develop secure communication networks, and improve sensing and imaging capabilities. In the future, quantum technology could also impact fields such as artificial intelligence, energy and medicine.

The director of QTC will be Ronald Walsworth, who recently joined UMD after serving on the faculty at Harvard University and as a senior physicist at the Smithsonian Astrophysical Observatory.

“We are thrilled that Dr. Ronald Walsworth has chosen the University of Maryland and our commitment to accelerating quantum research and discovery,” said Darryll J. Pines, dean of the A. James Clark School of Engineering and Farvardin Professor. “As a signature senior hire for Maryland and as the inaugural director of the Quantum Technology Center, Dr. Walsworth brings a critical expertise in quantum sensing, measurement, and instrumentation to College Park.”

Walsworth is an expert in utilizing quantum physics to develop advanced measurement tools for medicine, planetary science and fundamental physics. He holds several patents on a quantum sensing technology that uses an optically active defect in diamond to probe tiny changes in electromagnetic fields and temperature.

“I am excited to join the strong quantum community at the University of Maryland and work together to make QTC a world leader in quantum technology development, translation, and education,” said Walsworth, who joined UMD for Fall 2019 as the Minta Martin Professor in the Department of Electrical and Computer Engineering with a joint appointment in the Department of Physics.

“We are proud to work with our colleagues in engineering to jointly establish the Quantum Technology Center,” said Amitabh Varshney, dean of CMNS. “QTC will enable the rapid development of quantum technologies through high-impact research that spans sensors, secure communication, and advanced computation.”

QTC will have laboratory space in the Jeong H. Kim Engineering Building, the Physical Sciences Complex, and the Clark School’s new E.A. Fernandez IDEA (Innovate, Design and Engineer for America) Factory, which is dedicated to creative innovation and entrepreneurship by students and faculty and is expected to open in 2021. The center will be administered through UMD’s Institute for Research in Electronics and Applied Physics.

The new center will add to the university’s world-renowned leadership in the quantum fields, which includes being ranked No. 6 in quantum and atomic physics by U.S. News & World Report. UMD is also home to two quantum research partnerships with the National Institute of Standards and Technology—the Joint Quantum Institute and the Joint Center for Quantum Information and Computer Science—as well as a research collaboration with the Army Research Laboratory.

Zohreh Davoudi and Vladimir Manucharyan are among the 73 scientists selected by the Department of Energy for Early Career funding. Davoudi’s proposal, Analog and Digital Quantum Simulations of Strongly Interacting Theories for Applications in Nuclear Physics was chosen by the Office of Nuclear Physics. Manucharyan’s proposal, Realization of a Quantum Slide Rule for 1+1 Dimensional Quantum Field Theories Using Josephson Superconducting Circuits was selected for funding by the Office of Advanced Scientific Computing Research.

Davoudi and Manucharyan will each receive $750,000 over five years. The list of awardees and their abstracts can be seen here. 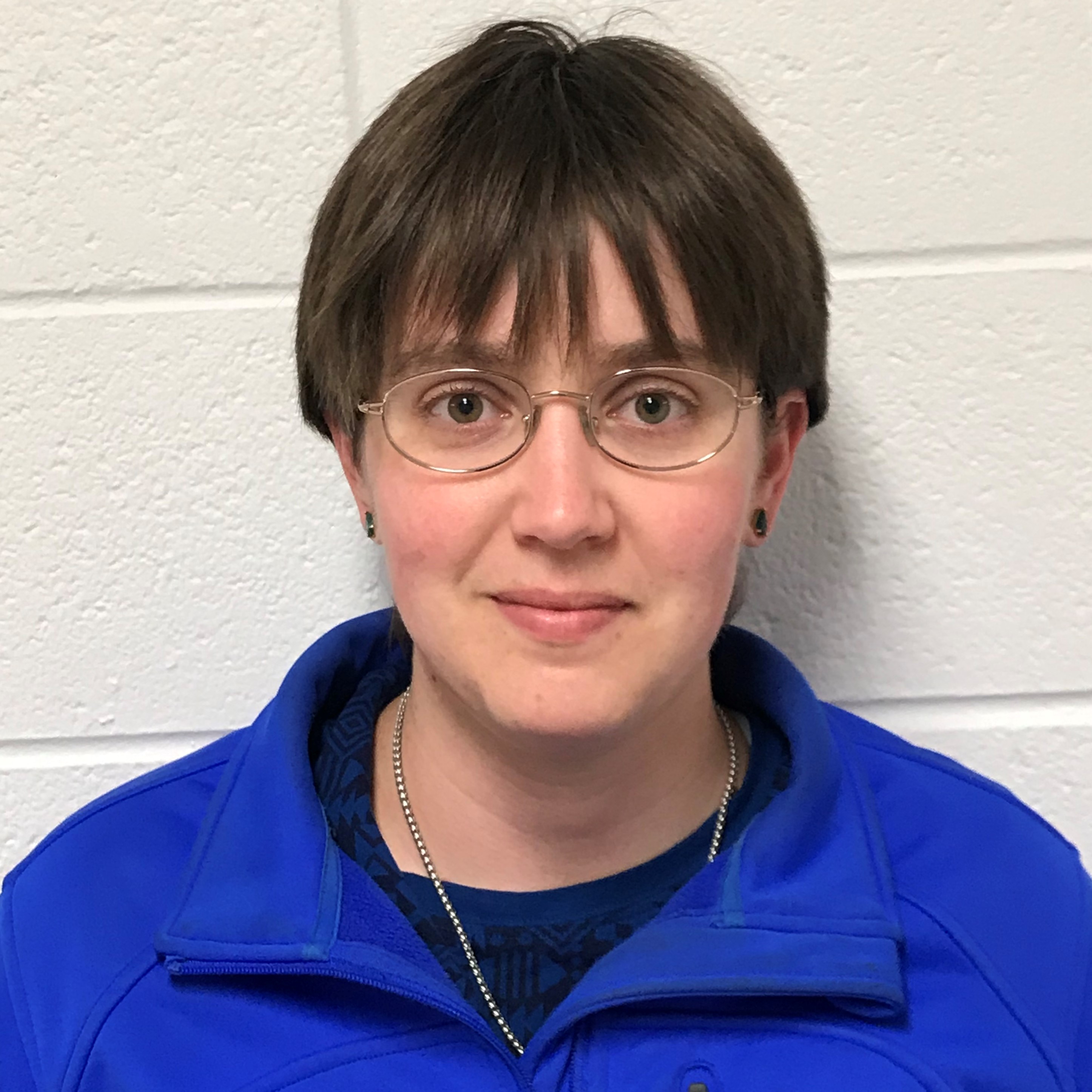 Alicia Kollár joins the Department of Physics on August 1, 2019 as the Chesapeake Assistant Professor of Physics.

Kollár holds a bachelor’s degree in physics from Princeton University, and earned her doctorate in applied physics at Stanford University in 2016, working on the design and construction of a multimode cavity-BEC apparatus to study superradiant self-organization. She was a National Defense Science and Engineering Fellow at Stanford, and after graduating continued for one year as a postdoctoral scholar. She then accepted a Princeton Materials Science Postdoctoral Fellowship to work on quantum simulation of solid-state physics using circuit QED lattices; that research was recently featured in Physics World.

At UMD, Kollár will be a Fellow of the Joint Quantum Institute and the newly-formed Quantum Technology Center, a collaborative effort between the A. James Clark School of Engineering and the College of Computer Mathematical and Naturals Sciences to establish UMD as the nation’s leading center for academic quantum technology research and education.

Mirrors on the Moon

Along with Neil Armstrong and Buzz Aldrin, University of Maryland scientists left a lasting mark on the moon when Apollo 11 landed there 50 years ago this week, one that is still imprinting on the world of physics.

That’s because a piece of equipment the astronauts left behind—a small panel of 100 mirrors designed by UMD physicists Doug Currie and the late Carroll Alley and a national team—remains in use for experiments. It may soon get an upgrade, too, thanks to NASA’s new project to send astronauts back to the moon by 2024 and, eventually, to Mars.

Called the lunar laser ranging array, it works in tandem with two others placed by the Apollo 14 and 15 missions in 1971, and provides a target for lasers beamed from telescopes on Earth. The bounce-back from those pulses enables precise measurements of distance that in the past five decades have led to discoveries ranging from the moon’s liquid core to confirming that Earth’s continents are still (slowly) moving.

In fact, the arrays are responsible for “really the only verification” of some aspects of Einstein’s general theory of relativity, said Currie, now a professor emeritus at UMD.

“Science has come out of it remarkably,” he said.

There’s plenty more to learn, as Currie has been working with the National Laboratories of Frascati, Italy, and commercial space company Moon Express to get a new generation of arrays onto the moon. NASA announced earlier this month that the arrays will be one of 12 experiments placed on future payload missions as part of the Artemis lunar program and in partnership with private space companies.

With measurements exponentially more accurate, Currie hopes the new instruments shed light on mysteries like dark energy and dark matter. “The gain we will have with the next generation is significant,” Currie said. “It allows us to chase in the direction of some of the fundamental questions of physics.”

Watch an ABC News interview with Doug Currie.about the 50th anniversary of Apollo 11. 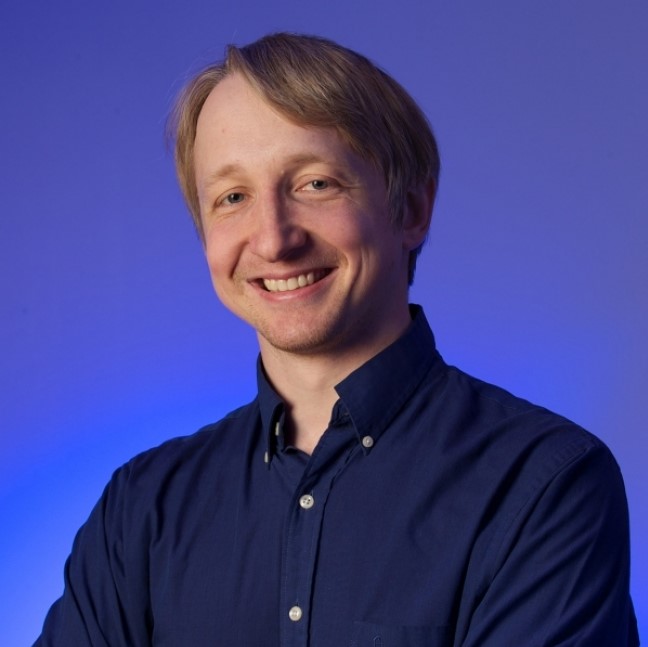 (Credit: J. Consoli/UMD)Adjunct Associate Professor Alexey Gorshkov has received a Presidential Early Career Award for Scientists and Engineers (PECASE). Gorshkov is a physicist at the National Institute of Standards and Technology Physical Measurement Laboratory, as well as a Fellow of the UMD Joint Quantum Institute and the Fellow of the Joint Center for Quantum Information and Computer Science.