To submit news for the Department of Physics bi-annual e-newsletter, please send a brief description to This email address is being protected from spambots. You need JavaScript enabled to view it.. 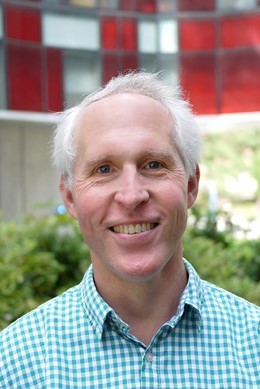 Christopher Jarzynski. Photo: by Faye Levine Maryland’s Department of Chemistry and Biochemistry, Department of Physics, and Institute for Physical Science and Technology (IPST), is one of three faculty members in the University of Maryland’s College of Computer, Mathematical, and Natural Sciences (CMNS) to received a 2020 Simons Foundation Fellowship. The prestigious fellowships provide support for faculty scientists to extend a one-term, university-sponsored sabbatical into a full year, allowing them to focus solely on advancing fundamental research in mathematics or theoretical physics.

The Department of Defense (DoD) announced 26 2020 Multidisciplinary University Research Initiative (MURI) awards totaling $185 million, and the University of Maryland tied with the University of Illinois for the highest university representation on the list.

The MURI program complements other DoD basic research efforts that support traditional, single-investigator university research grants. By supporting multidisciplinary teams with larger and longer awards in carefully chosen topics identified for their long-term importance, DoD and the military services boost the potential for significant and sustained advancement of the research in critical areas.

Associate Professor Mohammad Hafezi and JQI postdoctoral researcher Sunil Mittal are participating in a project named “Robust Photonic Materials with High-Order Topological Protection” headed by Gaurav Bahl at the University of Illinois. This work, sponsored by the Office of Naval Research (ONR), will explore techniques for manipulating light in interesting ways—such as restricting it to the corners of a silicon chip. These techniques often offer some protection to the light’s fragile quantum characteristics.

Distinguished University Professor Tom Antonsen and Professor Phil Sprangle are members of a team that will investigate “Fundamental Limits of Controllable Waveform Diversity at High Power.” This effort, sponsored by the Air Force Office of Scientific Research (AFOSR), is led by Edl Schamiloglu at the University of New Mexico.

Adjunct Associate Professor Alexey Gorshkov will participate in “New Approaches to Quantum  Control with Individual Molecule Sensitivity” headed by Kang-Kuen Ni at Harvard University. The researchers hope to achieve a high degree of control over individual molecules, similar to the control that scientists already wield over individual atoms. Molecules are built from many atoms, whose chemical interactions ratchet up the challenges of achieving fine control. So the effective manipulation of molecules requires combining the tools and techniques of chemistry with those from physics and quantum information. The work will expand upon Gorshkov’s previous research studying systems that manipulate ultra-cold molecules.
=========
Derived from stories published by UMD ECE and the JQI:
https://jqi.umd.edu/news/two-jqi-fellows-participate-new-muri-awards
https://ece.umd.edu/news/story/ece-researchers-represented-on-three-2020-muri-awards

The Maryland Quantum Alliance—a regional consortium of quantum scientists and engineers from across academia, national laboratories and industry—launched on January 29, 2020 with an event in the House of Delegates Office Building, and was recognized on the floor of the Maryland House of Delegates. Members of this alliance will drive quantum science discovery and innovation, develop pioneering quantum technologies and train the quantum workforce of tomorrow for the state of Maryland, the region and the nation.

The announcement comes at a pivotal time when quantum science research is expanding beyond physics into materials science, engineering, computer science and chemistry. Scientists across these disciplines are finding ways to exploit quantum physics to build powerful computers, develop secure communication networks and improve sensing capabilities. In the future, quantum technology may also impact fields like artificial intelligence and medicine.

The state of Maryland already leads the way in this crucial transition, with an existing workforce that spans academia, government and private-sector companies. Scientists and engineers at the University of Maryland, College Park and other institutions in the state and region already are collaborating across these areas to tackle the challenges associated with deploying quantum technology.

“With our great strength in quantum science, computing and innovation, we are well positioned to lead this initiative,” said University of Maryland President Wallace D. Loh. “By combining the strength of neighboring universities, federal labs and businesses, this initiative can make the whole region into a quantum powerhouse.”

Already a major hub for quantum science and technology, UMD hosts five collaborative research centers focused on different aspects of quantum science and technology: The Joint Quantum Institute (JQI) and the Joint Center for Quantum Information and Computer Science (QuICS) are collaborations with the National Institute of Standards and Technology. The Quantum Technology Center (QTC) brings together UMD engineers and physicists to work on translating quantum physics into transformational new technologies. The Condensed Matter Theory Center has made pioneering contributions to topological approaches to quantum computing, and the Quantum Materials Center explores superconductors and novel quantum materials to enable new technology devices.

UMD played a key role in advocating for last year’s National Quantum Initiative Act that positions quantum information science and technology at the top of the U.S. science and technology agenda and provides $1.275 billion over five years for research. The university also is part of the Quantum Information Edge, a new nationwide alliance of U.S. national labs, universities and industry launched to advance the frontiers of quantum computing systems.

In the alliance, government and academic researchers will look for new ways to work with companies both large and small to support steady progress on quantum technology research and enable its move into the marketplace.

Original story by Lee Tune This email address is being protected from spambots. You need JavaScript enabled to view it. 301-405-4679